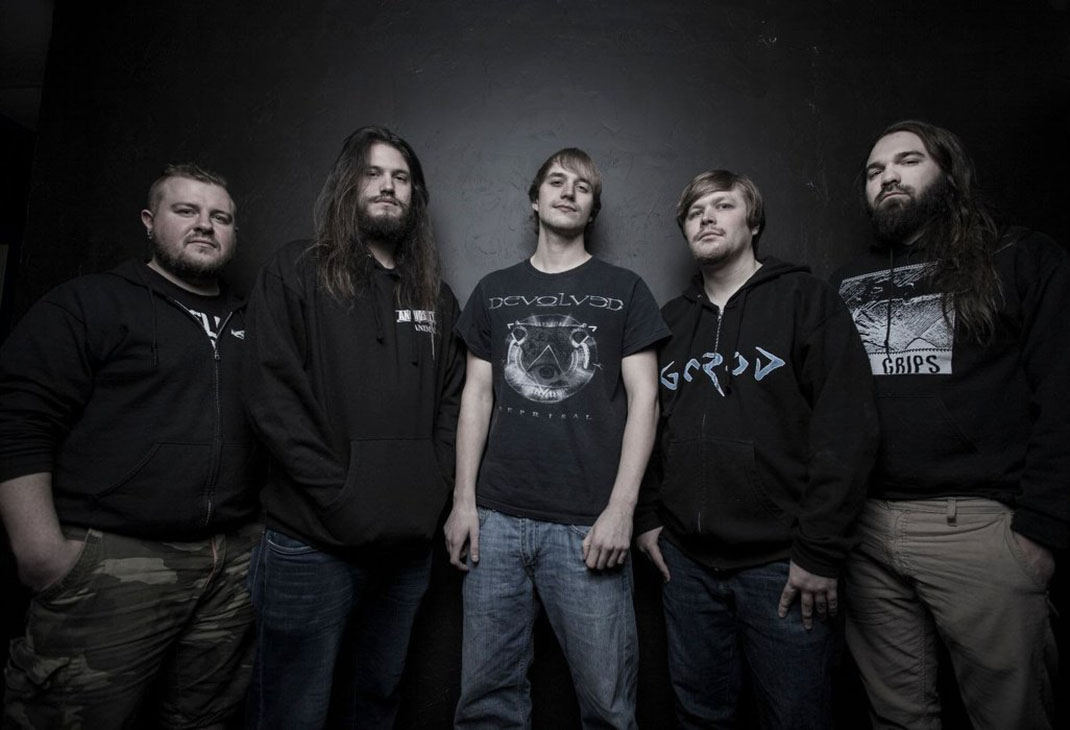 From Green Bay, WI The Artisan Era Since 07/2011
Find Aronious

Aronious is a technical dissonant death metal band originating from the coldest depths of Green Bay, Wisconsin. Rising from these depths, Aronious is comprised of Brandon Brown on vocals, Ryan Brumlic on guitar, Nick Weyers on guitar, Jason Bouwer on bass and Kevin Paradis on drums. Brandon Brown is a founding member of the band and was actually initially our other guitarist, but had taken a break from Aronious during his move to Kentucky. After our previous vocalist Zach Earley recently left the band it only made sense to bring Brandon Brown back to the fold as our vocalist after hearing his vocal work in his project Klexos. Ryan Brumlic guitarist and other founding member of the band continues to compose meticulously songs of a dissonant and technical nature along with other guitarist Nick Weyers.

The two have since proven to be an integral part of Aronious’ overall sound and provide a strong foundation through their compositions together. Jason Bouwer, our bassist, is a fairly new band member that has shown he is more than capable of providing a sturdy backbone to the music rhythmically and sonically. His mindful ear and attention to detail when composing his bass parts truly adds a new flavor to our music that we are confident all our current and new fans will enjoy. Kevin Paradis serves as our new official drummer who we think fits our sound perfectly. Kevin’s tastefulness and skill behind the drum kit impressed us so much not just in the way of speed, but in how he accents each beat and riff we throw his way. With this we finally feel that Aronious has never had a more strong and promising future.

Check Out Videos from Aronious
Member(s):
Holy Sh*T, Did You See This?
View All
Recent Featured
View All