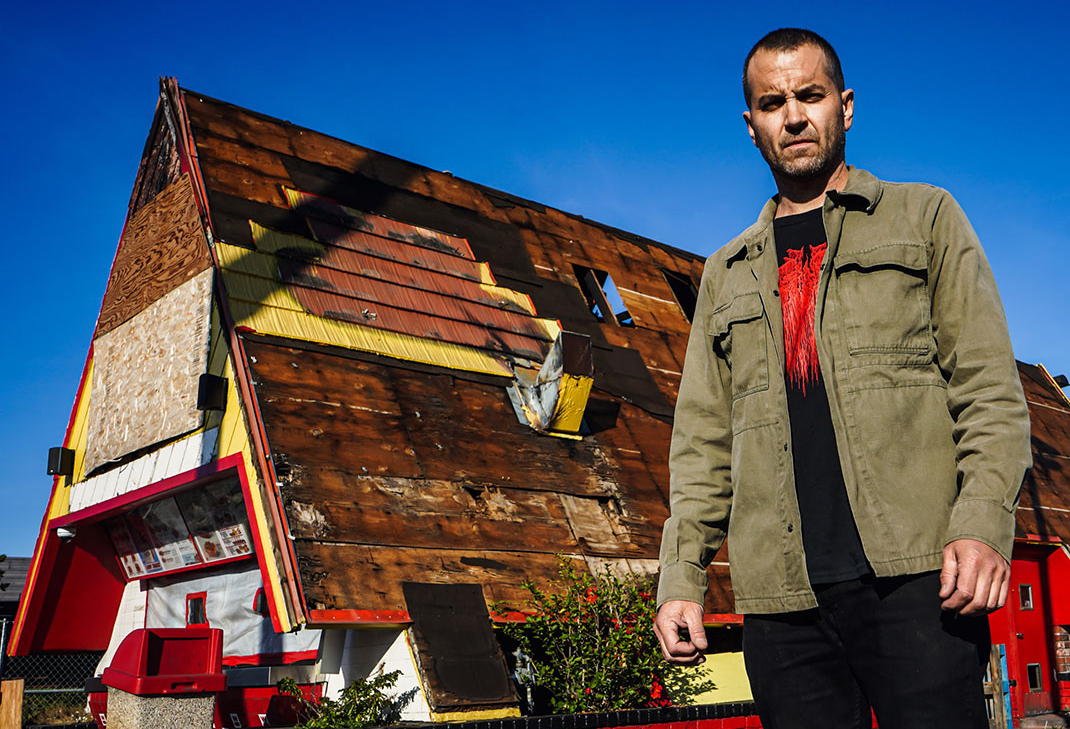 Author & Punisher formed in January 2004 as the brainchild of mechanical engineer, artist and sculptor Tristan Shone. His innovation, and the unique way he has melded his seemingly disparate background, has been highlighted in a wide range of outlets, from Wired Magazine who dubbed him a “doom metal auteur,” to Pitchfork who noted he “literalized the idea of sound sculpture.” He has released seven full-length albums and an EP over the years: The Painted Army (2005), Warcry (2007), Drone Machines (2010), Ursus Americanus (2012), Women & Children (2013), Melk En Honing (2015), Pressure Mine EP (2017) and Beastland (2018). - Speak Easy PR

Check Out Videos from Author & Punisher
Member(s):
Holy Sh*T, Did You See This?
View All
Recent Featured
View All