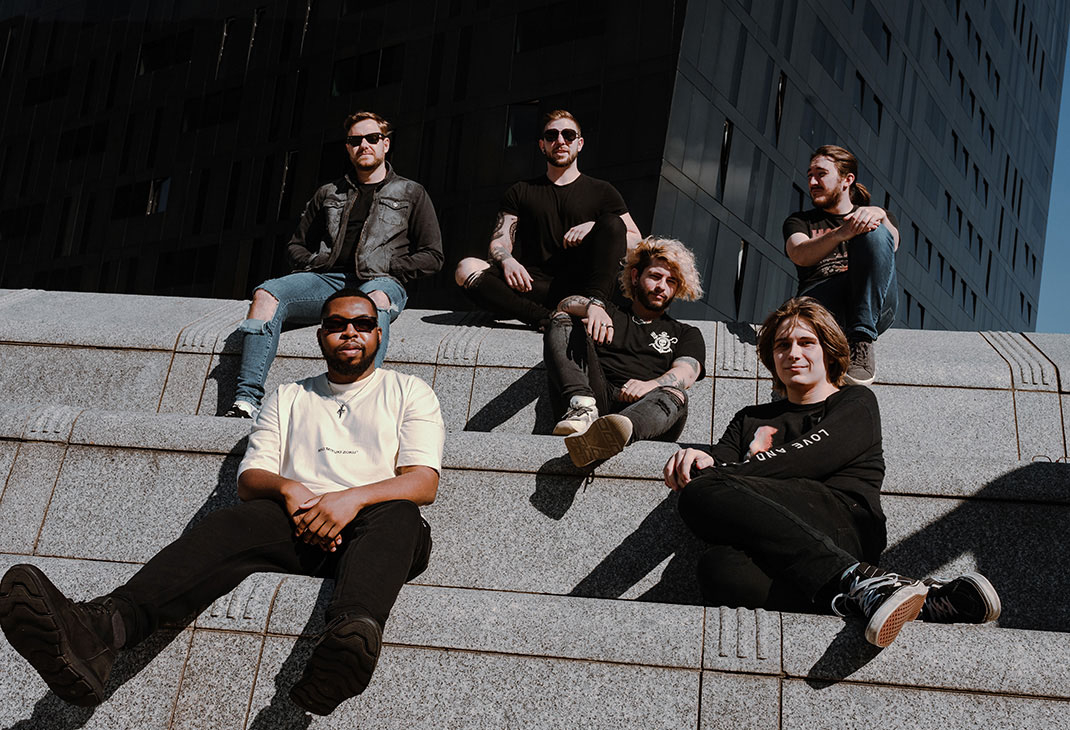 From Liverpool, UK Since 07/2019
Find Beneath The Ruin

Beneath The Ruin from Liverpool, UK

Beneath The Ruin are a Modern Progressive Metal 6-piece.

Founded in 2019 by Liam Kempton-Robshaw on Drums, Jordan James on Guitar (both ex-Black Moment & IAmAhab), and Rory McDines on Bass. Beneath The Ruin would shortly be joined by Scott Goode on Guitar, and Dan Fido on lead vocals (ex-Target:Renegades).

The 5-piece had begun to play the local Liverpool Metal scene until the COVID-19 pandemic had reached the UK, putting to end any plans for the unseeable future. During this period, they had chosen to focus on writing, and soon released ‘Atlas’ as a stand-alone single along with a playthrough video. It would be another year until they were able to begin gigging again, and met Drey Wallace (Trio Village) on keyboards, thus completing the 6-piece and opening new opportunities for sound.

‘Beneath The Ruin’ (often abbreviated to BTR), are a Modern Progressive Metal band that takes tonalities from a myriad of different genres; the crushing grooves of Djent reflected in their riffs, the atmosphere of Post-Rock in their cleaner sounds complimented by the tonality of Shoegaze guitar tones and keyboards, staccatoed fast passages of palm muted breakdowns led by the aggressive attitude of the drums found in Metalcore. BTR have carefully written their music to develop a character for each song they release, anybody can find a relation in their lyrics that connects the artist with the listener. - Beneath The Ruin Official Website

Check Out Videos from Beneath The Ruin
Member(s):
Holy Sh*T, Did You See This?
View All
Recent Featured
View All