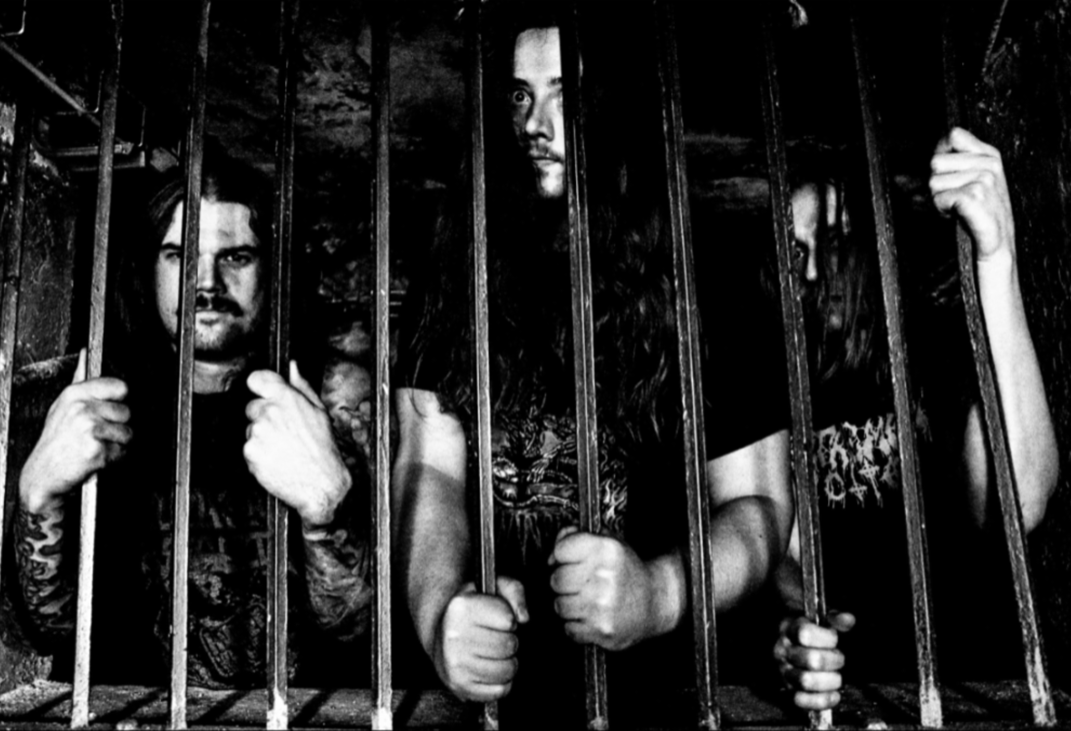 Following up their hugely respected 2 demos (also available as a compilation) and fairly recent 7-inch, CHAOTIAN is back to release ultimate Death Metal barbarity into the underground in the form of their debut full length. Storming into life with a rotten amalgamation of putrescent riffing and blast beats, the instrumental unity of this Danish titan is a juggernaut of pure filth. It is telling when a band can have those super groovy pinch harmonic laden riffs and not make them sound like all the others. This may seem a weirdly specific observation (perhaps a guitarist just being a guitarist) but it makes all the difference with heaviness, intensity, and also the catchiness on the records. When met with the sewer-spewing vocals and weird dissonant spasms in the music, it doesn’t take long to recognize this will be a truly warped and maniacally brutal experience of Death Metal might.

Interlinking primitive hooks that grasp you by the throat and then transcend into these weird effects or spacious riffs, there’s nothing predictable about the album yet it has that familiar feeling that all good Death Metal has where it feels a bit daunting, unnerving and yet you cannot escape it. Obviously, Denmark and this trio do not let the scene down. Amazingly this small country seems to have so much diversity in its rotten underground movement and CHAOTIAN is a shining example who embodies the grotesqueries, masterful songwriting, and tight musicianship that has become associated with this otherwise pretty and peaceful nation. It explains that mysterious gurgling from the sewers at least!

Bludgeoning, cavernous, and ultimately otherworldly, CHAOTIAN masterfully combines the cerebral and cosmic with brutish, old-school music that is damned heavy and doesn’t feel pretentious nor directionless. Their debut LP is not just as strong as their previous works, but has a more refined and complete vision, showcasing the band's full potential (so far)…