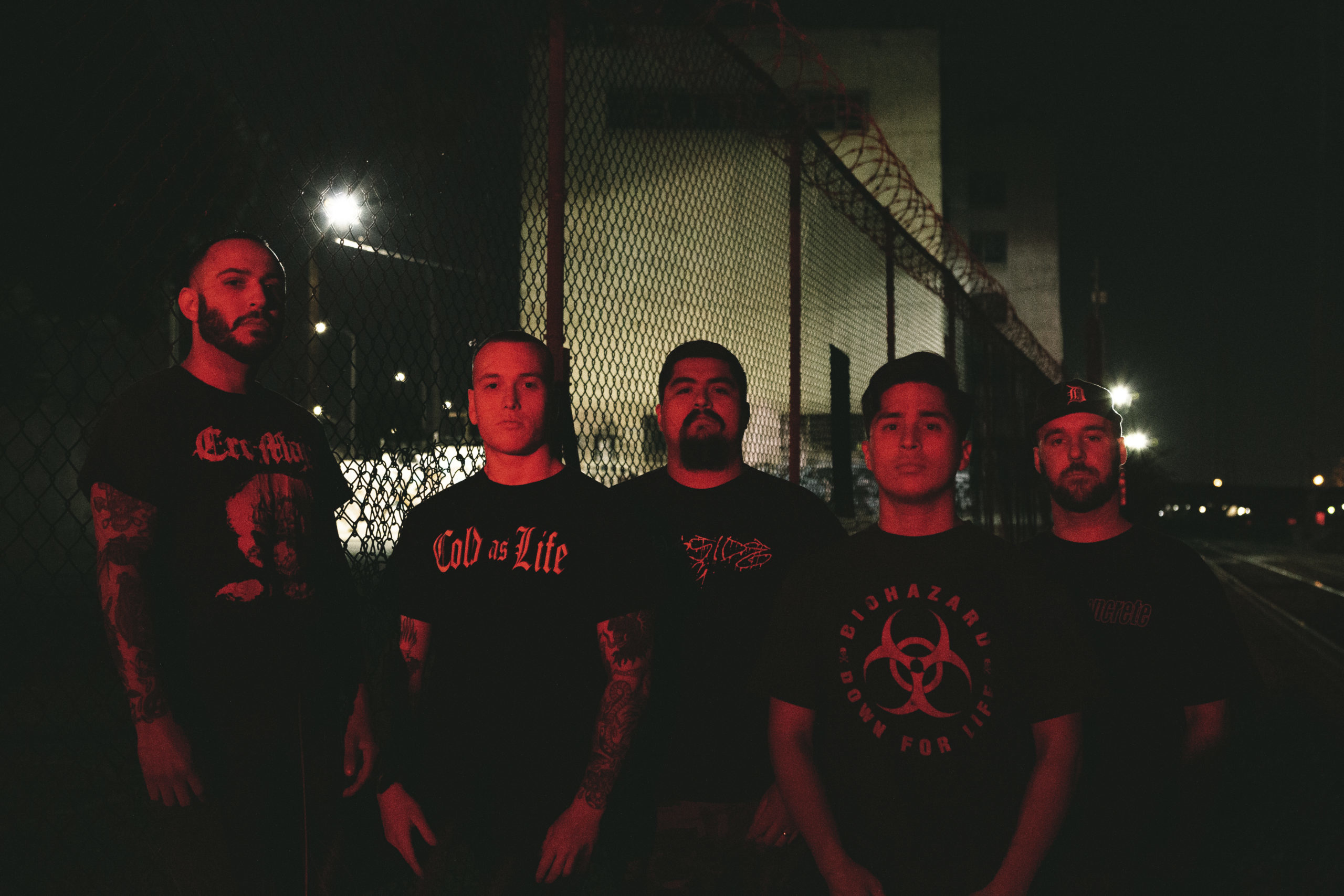 Formed in 2017 in Los Angeles, CONSTRICT is a metallic hardcore group of terrific power and formidable versatility. Featuring personnel from God’s Hate, Vamachara, Disgrace, and Forced Order (among others), CONSTRICT combines the core sonic brutality of European stalwarts like Kickback and Arkangel, the rhythmic ferocity of Connecticut hardcore acts like Death Threat, and the antireligious death-fascination of 90s extreme metal in a manner unmatched and unimagined in the modern hardcore scene. First demonstrated on 2017’s self-released Blood is Sweeter From Enemies, CONSTRICT’s sound has only grown more aggressive and creative in the past three years, during which time the band has shared the stage with the likes of Candy, Trail of Lies, and Xibalba.