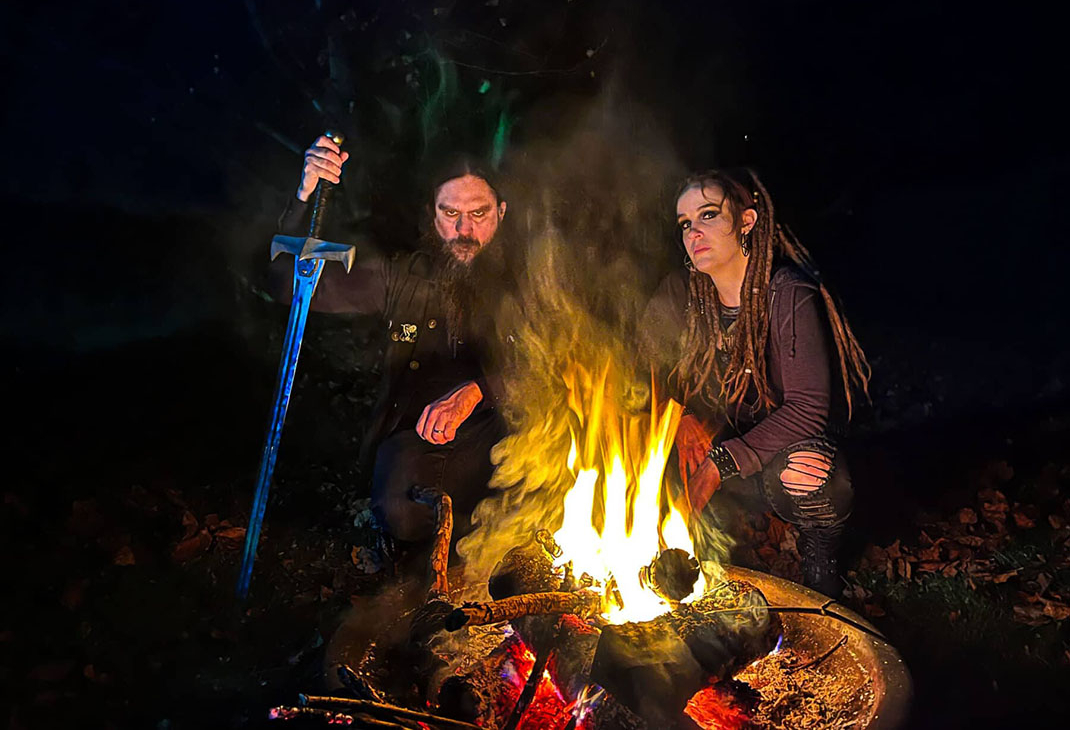 Cultic was initiated in 2016 by Brian and Rebecca Magar (both also part of the dark ambient/tribal band The Owls A.N.W.T.S). The York, PA husband/wife duo soon offered the first taste of their wizardry on the Prowler demo in 2017. Recruiting the bassist Reese Harlacker, Cultic forged their own brand of fantasy-based, battle-death/doom/punk-metal crossover on the 2019’s debut, High Command, a conceptual album telling an archetypal story of rival powers — strength, will and dominance are recurring themes throughout. - Qabar PR

Check Out Videos from Cultic
Member(s):
Holy Sh*T, Did You See This?
View All
Recent Featured
View All