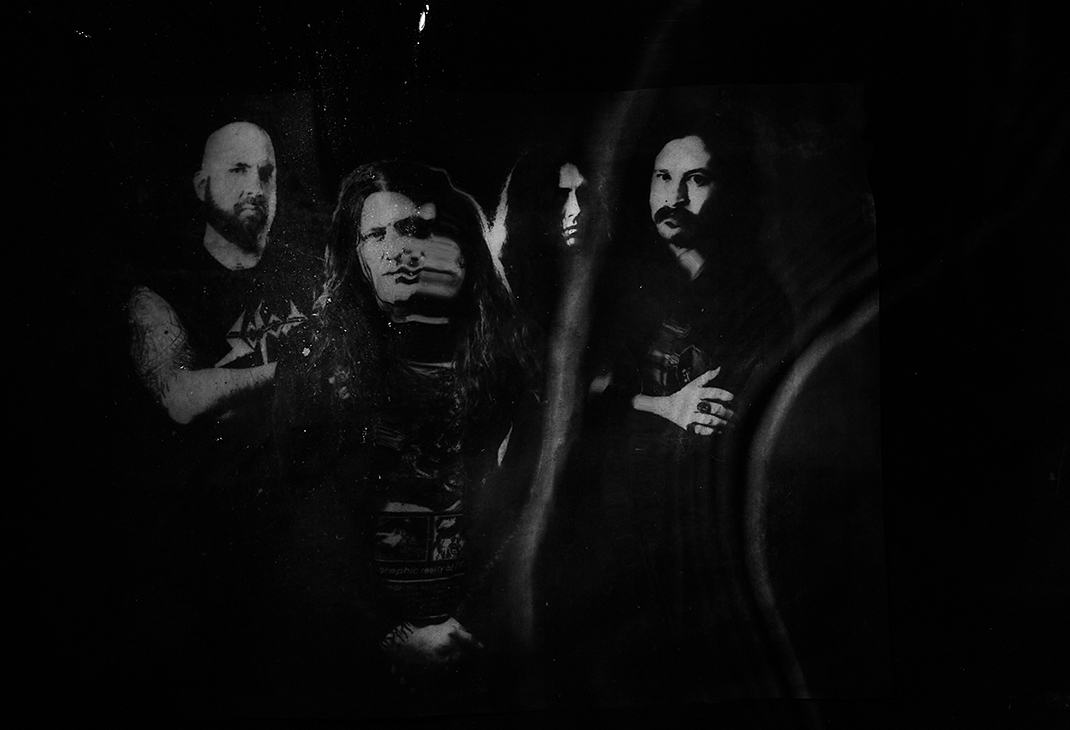 Five years on from the wantonly indecent 20 Buck Spin-released debut EP, Pulsing Dark Absorptions, Philadelphia’s DAEVA rises like blistering flames from the hellish depths with the long-smoldering debut album, Through Sheer Will And Black Magic…

A fiery maelstrom of early demonic black metal and jagged edge thrash convulsions forms the inherent basis of the album, where DAEVA have perfected their art like gleaming forged steel, the band featuring three members of Crypt Sermon, among other acts. Within this blueprint for madness, guitarist Steve Jansson imposes a deliberate brandishing of death metal’s maggot-strewn corpse and a vigorously lethal dose of pure ‘80s metal spirit and zeal. The journey through these scorched wastelands persistently guided by the venomously inventive acid-tongue of vocalist Edward Gonet.

Song after song, riff after riff, Through Sheer Will And Black Magic… is an insatiable and unstoppable whirlwind of unearthly pleasures and infernal butchery. Storming the gates of heaven with voracious exhilaration DAEVA inflicts the ultimate triumph of hell upon the feeble sheep of the light.

Check Out Videos from Daeva
Member(s):
Holy Sh*T, Did You See This?
View All
Recent Featured
View All