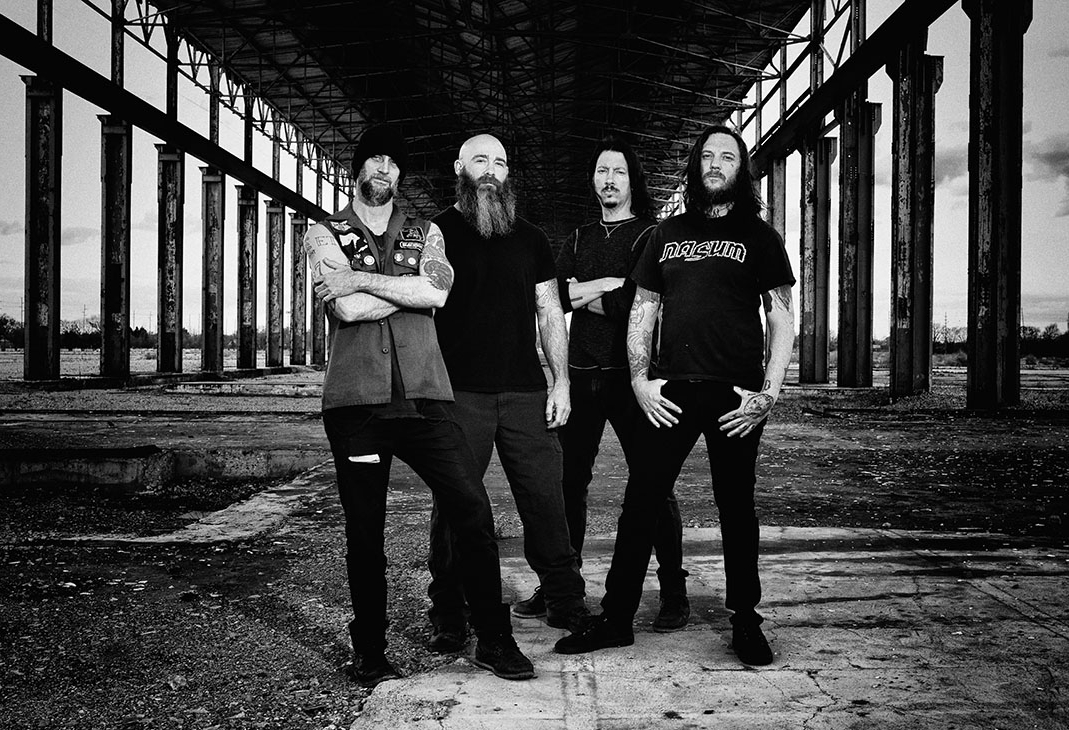 Rising from the depths of the abyss, DEMIRICOUS are preparing to unleash their most monstrous record yet III: Chaotic Lethal. The death/thrash quartet from Indianapolis, Indiana, initially formed in 2005 and released two successful full lengths gaining international regard. Following an extended hiatus, the outfit are making an impactful return.
“It’s been 15 years since we’ve released a record. We are so unbelievably proud of this one, and this is the DEMIRICOUS record we’ve always wanted to make. Prepare yourselves. It’s a fucking monster.”

DEMIRICOUS delve into heavier instrumentation and sinister moods, releasing a plethora of hard-hitting sounds across the tracks. Immersing eerily into a desolate landscape, “Unconditional Hate” smothers the senses. As guitars begin to screech and grapple through the murkiness, it’s not long before the sheer speed and power of DEMIRICOUS breaks through. Demonic low tones dominate the instrumentation and aggressive vocals. From the high fuelled groove rhythms of and blast beats of “Smoke Chaser”, to the unearthly doom and gloom of “Chaotic Lethal”, DEMIRICOUS venture across realms of dynamic metal influences creating a thrilling and hauntingly theatrical experience. The album operates in a cyclical nature seeing the final track, “Faith Crime” withdraw to the void from which III: Chaotic Lethal emerged.

III: Chaotic Lethal marks a monumental milestone. It is an epic collection of tracks exploring a dark narrative of the barbaric and grotesque. DEMIRICOUS’s sound is revived and restored, as the band have evolved into their next chapter.

Check Out Videos from Demiricous
Member(s):
Holy Sh*T, Did You See This?
View All
Recent Featured
View All