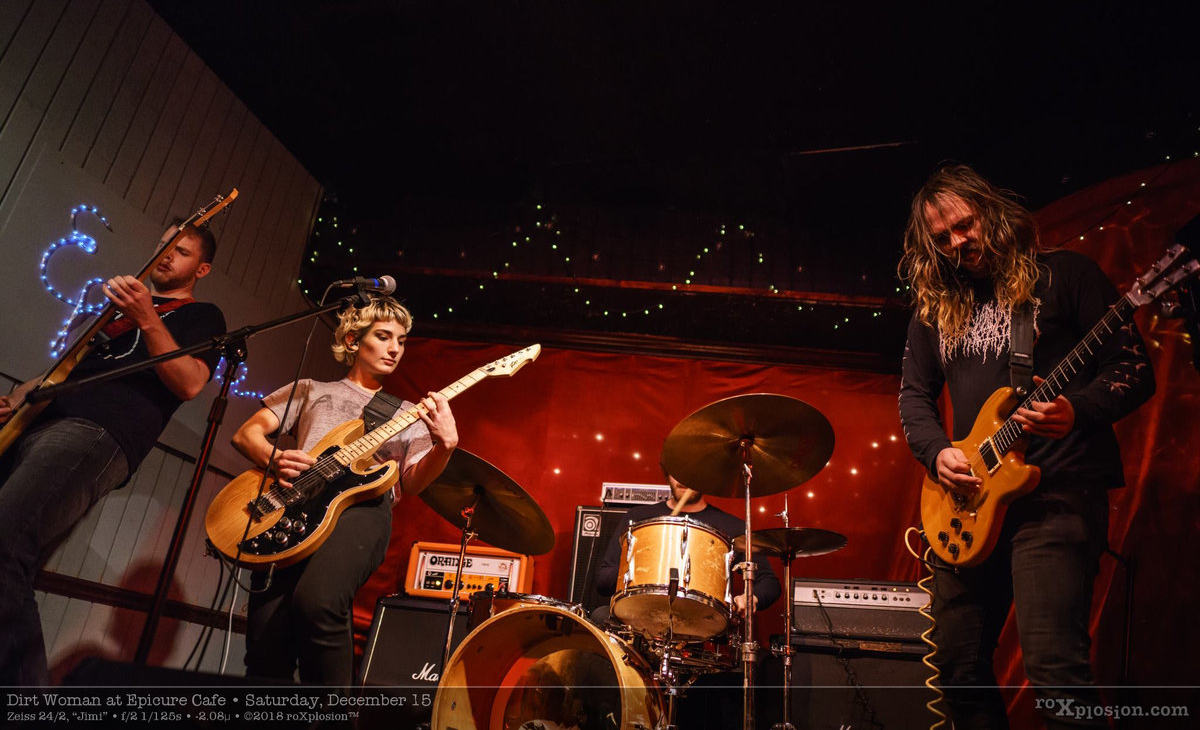 Forged in Ocean City, Maryland in the summer of 2017 as a duo featuring vocalist/guitarist Zoe Koch and drummer Gabe Solomon, DIRT WOMAN is named in honor of the late Donnie Corker. Better known as Dirtwoman, Corker was a cross-dresser living in Richmond, Virginia known for involvement in Richmond politics, arts, music, and food banks as well as being the human floral arrangement of the annual Hamaganza holiday rock ‘n’ roll charity benefit show that, for twenty-years had paired Dirtwoman with a revolving cast of politicians, luminaries, and journalists. “His story was truly inspiring to us,” notes Koch. “His charitable work and activism make him forever an icon in our eyes.” Koch and Solomon wrote casually and played sporadic shows. By the spring of 2018, they expanded their lineup to include bassist Kearney Mallon and his twin brother, drummer Avery Mallon, shifting Solomon to guitar. With the twin rhythm section and a dual guitar attack, their thick, quaking sound had truly begun to shape itself into what would become The Glass Cliff. - Earsplit PR