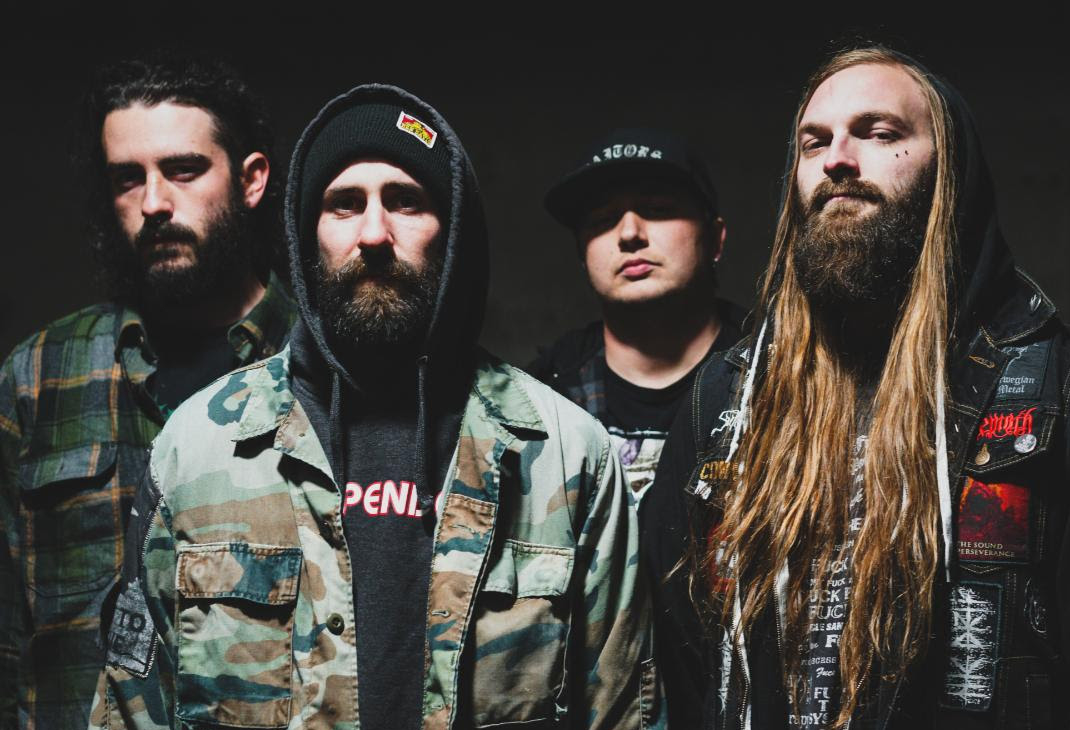 From Sunriver, OR Glacier Recordings Since 03/2015
Find Foes

Foes from Sunriver, OR

Cultivated in the Dry and Cold Alpine Forest of Sunriver, Oregon, FOES was developed from a long-running side project of core members and songwriters, Garrett Judkins (drums) and Sonny Daniels (guitar) stretching the span of a decade. However, the side project was elevated to a main focus in 2015 when the duo -- formerly of the local Central Oregon acts In the Advent Of Horror, Morgellon, and Murder On Hermosa -- dissolved their current project and sought to carve a path away from technical death metal/deathcore to a simpler more distilled sound. Recruiting Brandon Burton (Thorns Of Creation, Morgellon, Lythronax) on bass, and Nate Dorval (It Prevails) on vocals, the FOES sound would finally take shape in its most crude and raw form with their 2016, self-produced EP, The Doom Room Sessions. This offering would be bathed in Cro-Magnon hardcore, power violence and punk, creating a sturdy foundation for future growth.
Dorval would then step away to pursue life endeavors and would ultimately be replaced by Micah Berry (Illis Amora, Old Nod), giving the FOES sound an even grittier edge with a raw passion and unmatched live stage presence. This can be heard on their 2017 release, NOD, recorded, mixed, and mastered at Treason Studios in Bend, Oregon. This material showcases a mixture of their previous, more basic, sound with a comprehensive and methodical approach to songwriting that blends stylistic ideas from grindcore, hardcore, extreme metal, and more.
The band would receive the reach and support from the local Oregon metal scene to inspire them to get out on the road, setting out for weekend warrior treks with Medford, Oregon's own Steaksauce Mustache. A music video for the single "Naysayer" would debut through the online music blogsite, Underground World Wide, with the compiled live footage courtesy of Taylor Bates (Steaksauce Mustache). Following a year of grinding out constant practice, recording, and playing shows whenever schedules would allow, Burton would move on to focus on his solo work in Lythronax, and in the summer 2018 FOES would assimilate Brandon Self (Existential Depression, Gravewitch, Unto the Plague, Abiosis) into the position. By early 2019, FOES would see two separate week-long tours thru Washington, Oregon and California, a return to Treason Studios to record the new single "Free Of Them" as well as a music video filmed and edited again by Taylor Bates and released through the site Hardcore World Wide.
While juggling these events, FOES would return to form by self-recording a new EP, American Violence, in their own Doom Room Studios and handing off mixing/mastering duties over to Brad Boatright and Derek Leisy at Audiosiege in Portland, Oregon. Capping off 2019 with a fall tour of Oregon and California dates including California locals Heated and Farooq, FOES would also join the ranks of California Hardcore label Glacier Recordings for their early 2020 release of the American Violence EP. - Earsplit PR
Check Out Videos from Foes
Member(s):
Holy Sh*T, Did You See This?
View All
Recent Featured
View All