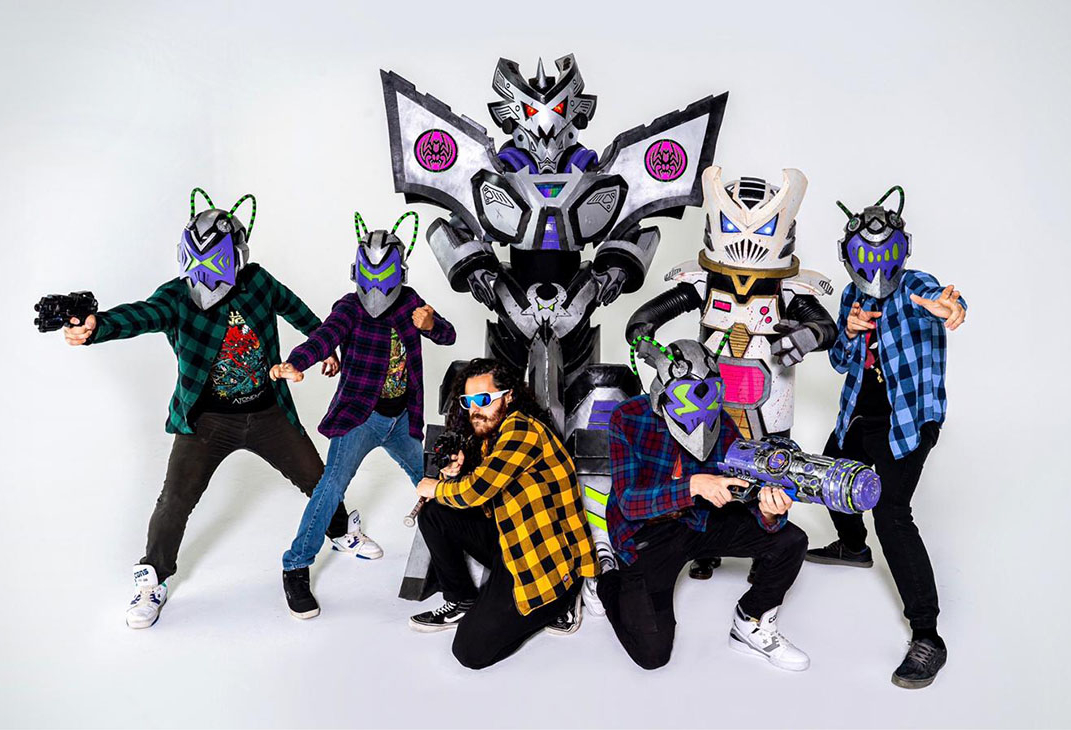 Fullminator is a Crossover Thrash Metal band from the future (and also San Juan, Puerto Rico) that takes all the excitement of Party Thrash music and elevates it to intergalactical heights. Formed in 2016 after Commisar Gartallax (Drums), Superintendent Kiununtriux (Rhythm Guitar), Enforcer Blowmiux (Bass), and Cyber Zurffex (Lead Guitar)) betrayed their master and creator the mighty cosmic dictator Colonel Roach by stealing a valuable piece of paraphernalia and traveled back in time randomly. Only to be trapped in the filthy streets of Puerto Rico where they met another cosmic fugitive named Reptilian Deluxe (Lead Vocals), who’s idea to disguise themselves as a bunch of nerds playing in a Metal band with masks seemed just perfect to remain hidden on planet Earth. Now with their scheme up and running Fullminator strikes human ears with notable influences of GWAR, Municipal Waste, Anthrax, Gama Bomb, Overkill and many more greats with the extra juice of a theatrical performance that includes lasers, beer spilling and giant robot battles in the pit. With all these elements merged together to create a relentless and mind-blowing experience, Fullminator is sure down to take you for a ride you’ll never forget - Fullminator Official Website

Check Out Videos from Fullminator
Member(s):
Holy Sh*T, Did You See This?
View All
Recent Featured
View All