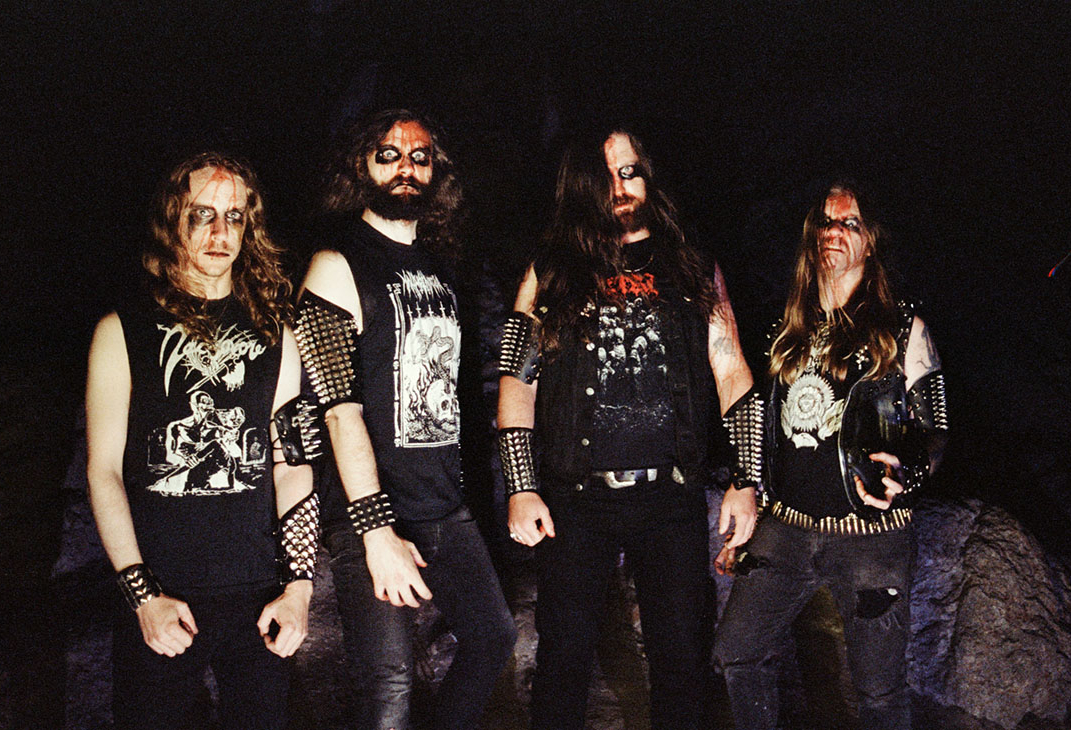 FUNERAL CHANT was forged in 2014 with the aim of writing chaotic and horrifying death metal by combining the traditions of early black, death, and thrash metal with the wild and innovative spirit that dominated the early days of traditional heavy metal. Influenced by the likes of Necrovore, Darkthrone, and Morbid Angel, the project is fueled by a preoccupation with the many forces and concepts of death, darkness, and evil.

The band independently released a self-titled EP on cassette and digital formats in February 2017, which was released on LP and CD by Duplicate Records and Caverna Abismal Records later that year. Observed No Clean Singing of the band’s output, “The band walks a fine line between berserker chaos and the kind of intricate instrumental inventiveness and rhythmic dynamism that produces fascination. It’s a high-wire display of acrobatics, but FUNERAL CHANT is so nimble that they don’t lose their balance no matter how fast they’re flying along that thin cord.” Added Cvlt Nation, “FUNERAL CHANT‘s music however is not only made of speed and negativity. There is some serious musicianship shining through the slim crevices of tightly woven chaos they summon, with many passages materialized through insane tempo changes, ripping and unpredictable rhythms, and dueling guitars that design astonishing solos battling each other for complete domination – just as you’d see in bands like Mercyful Fate or Judas Priest.”