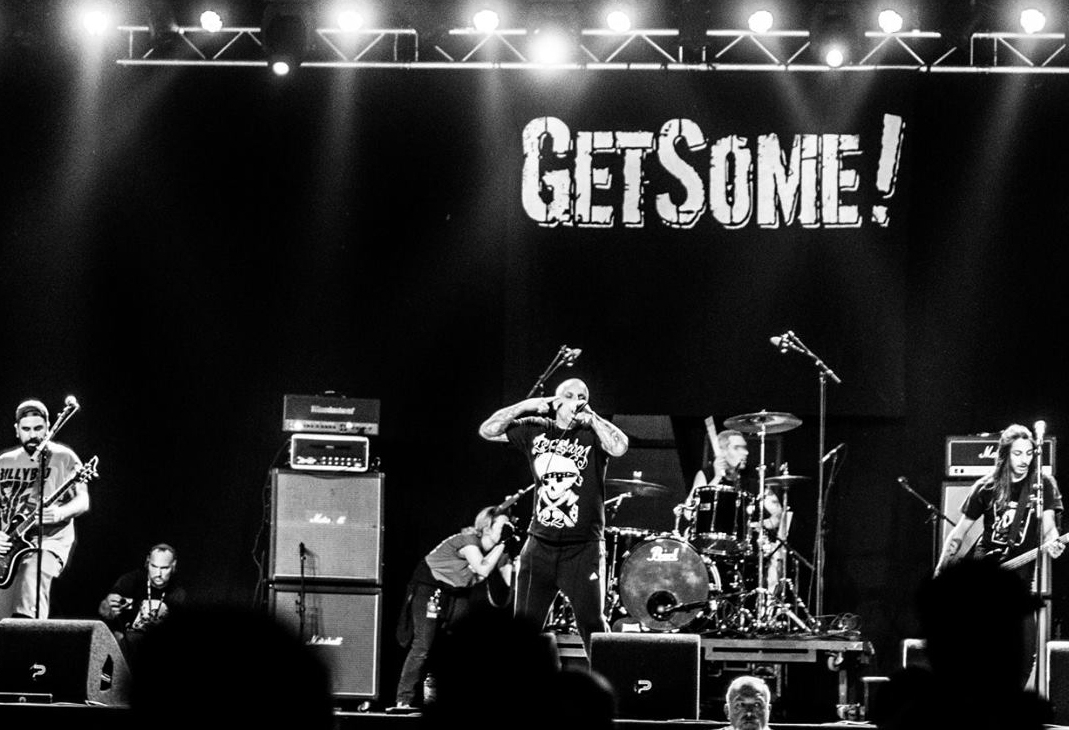 From South Holland, The Netherlands WTF Records Since 04/2012
Find Get Some

Get Some from South Holland, The Netherlands

Get Some is a band from South Holland with Freaky, Filthy, and Frustrated grooves, as they titled their 2018’s EP reflecting on what they strive to deliver. Their story began in 2012 when Jos, Sander, and Sven turned the amps back on, realizing there was an itch they needed to scratch further on. Hence, after years of jamming in bands such as I-Reject and Brothers in Blood, the crew got together for a new hardcore project: GET SOME.

Get Some toured all over Europe, from Greece to the UK, shared the stage with the likes of Slapshot, Fury Of Five, BillyBio, Merauder, and many more known heroes. They played at prominent festivals like Sound of Revolution and lately Among The Angels. Their no-bullshit attitude and uncompromising style hit like a steaming train, leaving the crowds begging for more.

Get Some’s debut album, And Then You Die, walks the line between raging hardcore and fast-paced thrash metal. The completion of the album wasn’t a walk in the park for the band as they suffered, struggled, and then burned themselves to write and record the album mainly during the pandemic period (2019-2021) in a few locations in Europe (The Netherlands and Bulgaria). Out of the blue, two of the members left the band just a few months before the release, pursuing a different music route. And the hardship Get Some underwent was expressed throughout the powerful lyrics and the chaotic sonic might. It will be injudicious to consider the songs merely as vessels of venting out anger as each song is a story itself.

Check Out Videos from Get Some
Member(s):
Holy Sh*T, Did You See This?
View All
Recent Featured
View All