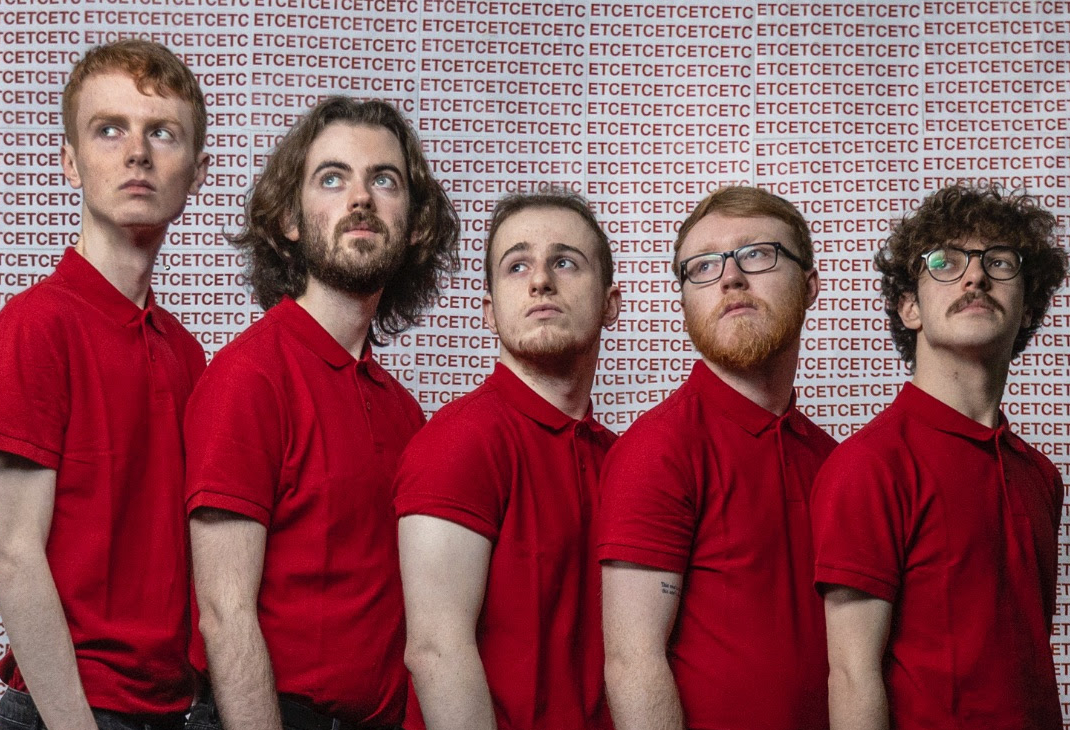 The five musicians behind GOD ALONE are quite literally students of their craft; ETC - their second full length album - was recorded at MTU Cork School of Music which they all attend. ETC was produced by the band and Christopher Hockey, and mastered by Jaime Gomez Arellano (Witch Fever, GGGOLDDD, Ghost). The origins of the band lie in a heavier, post-metal sound, but the intervening years and an influx of new and stimulating influences has seen them broaden their palette, expand their horizons and hone a distinctive sound.

Whilst embracing all that the Irish music scene has to offer, GOD ALONE are constantly pushing to make their way out of Ireland and further afield. Cutting their teeth in an eclectic and enthusiastic local scene helped them to refine their live chops, giving their performance increased weight and attention as they progressed. Now when they write, the live iteration of their music is always at the forefront of their minds.

GOD ALONE's approach traverses through mathrock, dance, avant-garde, post-punk and more on its way to its final destination. Citing the Talking Heads as a big influence, GOD ALONE embrace absurdism at every turn - in particular the absurdity of nothingness; the art of existing without meaning or context. Abstract lyrics are influenced by French dadaist poets as they seek to make heavy ideas into fun, danceable vignettes.

Minimalist album art courtesy of Ian McInerney highlights the repetition of things that have no clear beginning or end - the endless loop of everything and nothing all at once.

Check Out Videos from God Alone
Member(s):
Holy Sh*T, Did You See This?
View All
Recent Featured
View All