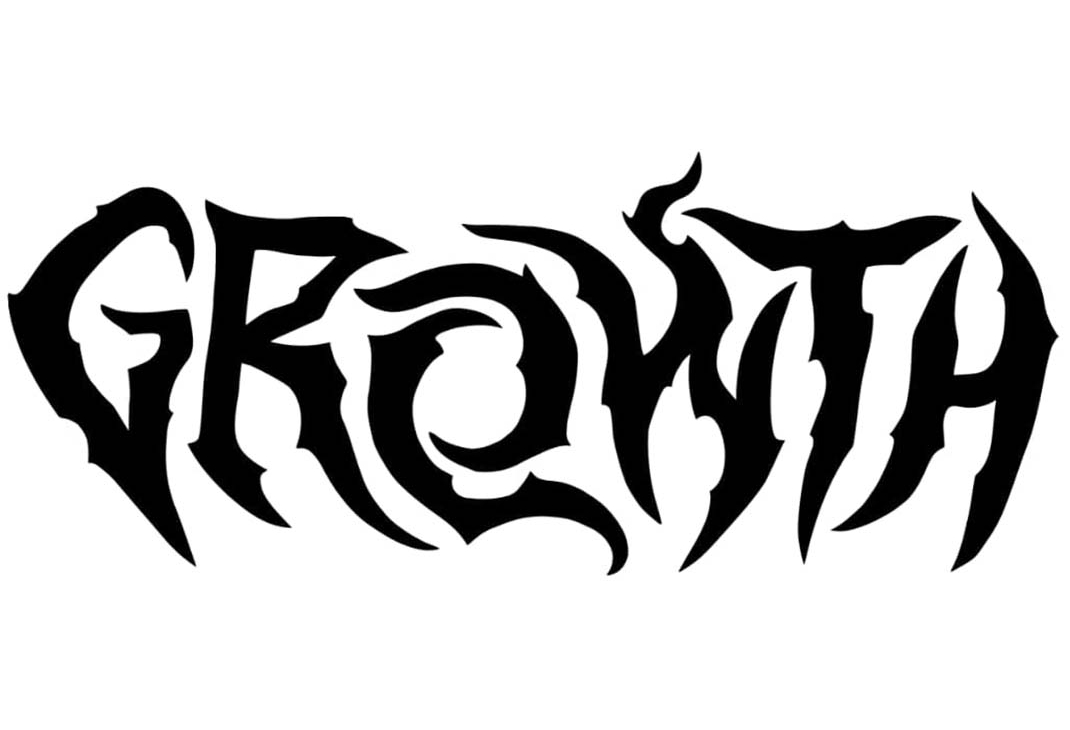 GROWTH began as a reflective space for brothers Tristan (guitars/bass/artwork) and Nelson Barnes (drums) in Melbourne, Australia, each having spent a decade separate and pursuing music overseas. Upon returning to Australia to come to terms with his personal demons and receiving a mental health diagnosis that hit with closure and terror all at once, Tristan became a recluse-isolated, debilitated, and expressing his pain through writing. Meanwhile, vocalist Luke Frizon had withdrawn from life to enter a period of recovery after reaching rock bottom, seeking to reconnect with himself and make meaning of hopelessness, trauma, and loss.

A chance meeting on a mutual first outing from respective isolation sparked a discussion about the empathic aspects of music and quickly led to a partnership. With the line-up rounded out, the trio set out to create music that explored the human aspects of connection, trauma, despair, and the fragility of hope. The result is THE SMOTHERING ARMS OF MERCY, a claustrophobic narrative of total spiritual collapse written while in psychiatric care and thrown over nine suffocating acts. This marks the first part of a trilogy aimed at going beyond expressing emotion, illustrating pathways of recovery while acknowledging the most dread-filled aspects of it.

MERCY delivers a ferocious depiction of suffering, designed to draw the listener in with the Barnes brothers' paralysing and traumatic vision, suffocating and vulnerable all at once. The landscape presented is nightmarish-dense with jarring time signatures, grinding abrasiveness, and wistful post-metal passages, and led by the visceral howling of Frizon detailing a vivid story of hope and loss drawn directly from lived experience. Opening awash in the menacing feedback of CIGARETTE BURNS, the listener is dragged through this story of descent-the limerent hopelessness of TREATMENT FOR MELANCHOLY, the oppressive fury of SOUL ROT, and the chilling ambiguity of the album's final moments; altogether a call to action against the silent march of despair and sickness.

The debut album was recorded in Melbourne, produced and engineered by Growth, drums engineered by Troy McCosker (Ne Obliviscaris), and mixed/mastered by Fredrik Nordström (Opeth, The Haunted) in Gothenburg, Sweden. MERCY highlights the extremity of grief and asks the listener to reflect on their relationship with loss and vulnerability. Bare to the world. Visceral and honest. Pain can be the source of your renewal. Learn to greet it as a friend. - Growth Official Website