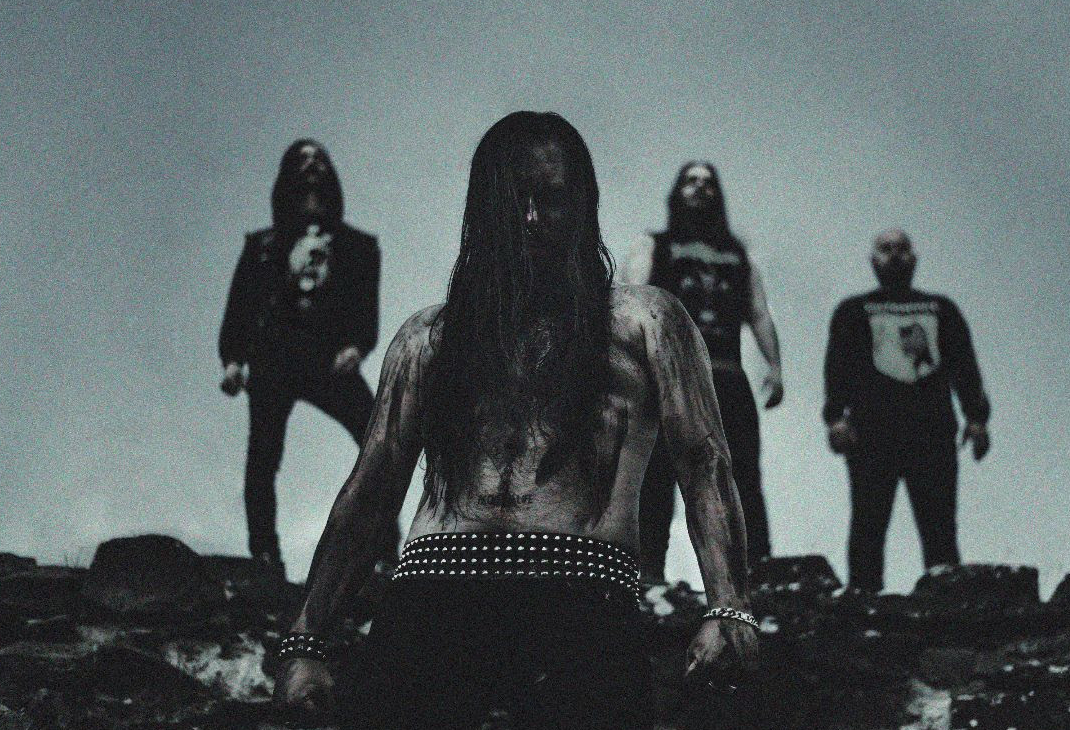 “Controlled chaos?” Lorenzo pauses for a song before finally looking right through you with his piercing eyes and slowly answering: “yes, I like the sound of that, it sums up pretty much what they stand for. Chaos with a sense if you will.”

The guitarist and vocalist of the Ravena-based band HIEROPHANT isn’t one to bury you under bigmouth statements and empty words. But when he says he thinks Death Siege is “the best thing we ever did and the one album when HIEROPHANT really comes on its own”, you know he means it.

Since their previous album, and first for SEASON OF MIST, Mass Grave in 2016 - originally described as a “vicious” mix of black sludge and death metal - many things have happened. It started with the release two years later of a two-track EP called Spawned Abortions “a good indication of where we were going but still not quite there”.

The band’s fourth full-length Death Siege was written during the first months of the pandemic, from March 2020 until May 2021, a dark period described by Lorenzo as a “long fucking long process but it was worth it. Until then, we were maybe missing a bit proper song structures and arrangements. In retrospect, Mass Grave is more grind-ish whereas the new is far more metal and riff-oriented. The songs are longer and have more things happening in them, the album is overall far more ambitious and more, well, musical

He concedes that HIEROPHANT started out more or less as “some kind of hardcore band, but with metal influences”, especially since Lorenzo has been also playing bass for THE SECRET since 2011, even if they haven’t been “very active” for a couple of years. “With HIEROPHANT, we actually signed our first contract originally with a hardcore/punk focused label called BRIDGE NINE. Originally, we had another line-up with a fulltime singer and we sounded like a very pissed off D-beat/crust band. But already in the back of my head, I had other plans. And when our frontman left in 2015, I took over the microphone as well and that’s when we started to evolve. To me, Mass Grave was a transitional record, it caught us midway if you will. But now with Death Siege we’ve finally reached our destination. And while we made a name of ourselves in the scene, I believe it’s truly the album that will take us a step further.”

Death Siege is full of war metaphors, lyrics about complete annihilation (‘Seeds Of Vengeance’, ‘Devils Incarnate’, Bloodbath Compendium’ etc.) and “fire, hatred and endless void. The sub-title for it could have been ‘impending doom’, it’s like you know something awful it’s going to happen and sweep the plate clean but no matter how hard you try, you won’t be able to stop it. That’s how I want the listeners to feel when they listen to this record.” He pauses before adding with his iron will look, “one could say that the album general state-of-mind is ‘no mercy, kill everybody’. Yep, that sums it up about right.” Are you ready?

Check Out Videos from Hierophant
Member(s):
Holy Sh*T, Did You See This?
View All
Recent Featured
View All