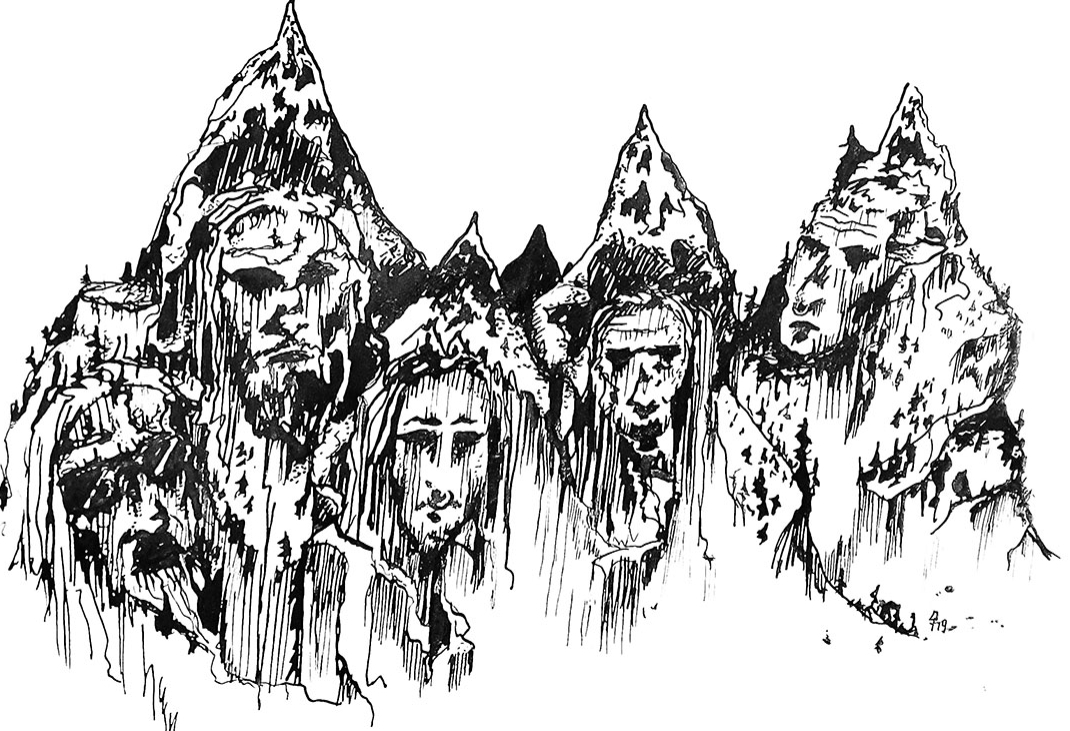 From Sweden Grind To Death Records Since 04/2016
Find Karmanjaka

Karmanjaka started out in northern Sweden by Knut Hassel as a one-man band in the early spring of 2016 and recorded the debut EP, I törnrosdalen. During the recording of this first album, Karmanjaka evolved into a five-piece band. Knut, alongside the newly recruited bassist Max Malmer and guitarist Anton Palmborg, soon wrote the full-length, Urgammal eld (Ancient Fire in English), during a hectic weekend back in Knut’s house close to the Norwegian border, far into the north-west of Sweden. The album was out in June 2017.

Ten new songs were recorded in late 2018. Fast forward to 2019, on 21 May, Karmanjaka released their sophomore album, Seven Names for the Witchqueen, containing eight of the ten finished tracks. The same year, the band also performed live for the first time ever at Gamrocken in Grängesberg.

During four days between late July and mid-August 2019, Knut, Anton and Max gathered at Knut’s place to write and prepare 14 songs for a 2020 release. The writing was now undertaken as teamwork to a much larger degree than earlier, adding even more strength and deeper layers to the compositions.  The first recording to come out of this writing session was the EP, Hugin, released during the autumn of 2020. The rest of the songs composed in 2021 were recorded for a new full-length called Gates of Muspel.

Gates of Muspel is a manifestation of Karmanjaka’s constant growth as a band and a song-writing and performing entity. Besmirched with darkness, the elegantly crafted songs are disclosures of sorcery. These tracks mark a reconciliation between melody-driven ‘90s black metal and progressive metal with no shortage of surprising moments. The album is mostly based on actual stories from “The Poetic Edda,” which is an interpretation of one of the oldest texts in Nordic history. The “Edda” is the source for many of the stories that are commonly told in regards to Norse Mythology. - Qabar PR

Check Out Videos from Karmanjaka
Member(s):
Holy Sh*T, Did You See This?
View All
Recent Featured
View All