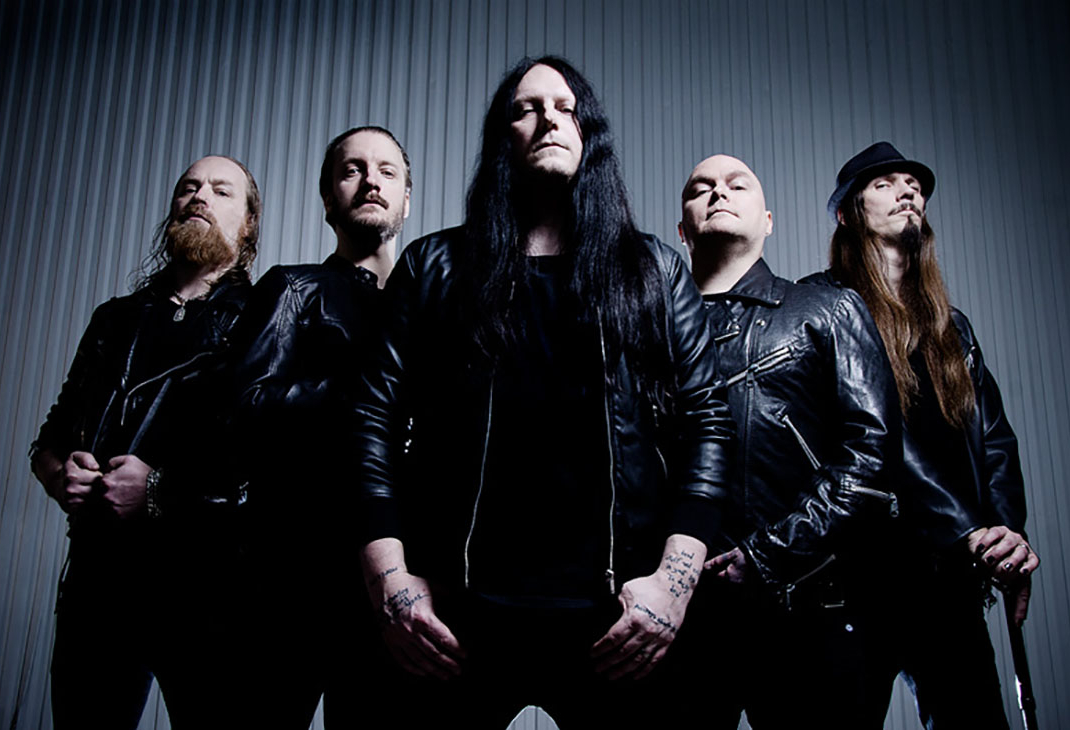 Katatonia are a Swedish metal[12] band formed in Stockholm in 1991 by Jonas Renkse and Anders Nyström. The band started as a studio-only project for the duo, as an outlet for the band's love of death metal. Increasing popularity lead them to add more band members for live performances, though outside of the band's founders, the lineup was constantly changing, revolving door of musicians throughout the 1990s, notably including Mikael Åkerfeldt of the band Opeth for a period. After two death/doom albums, Dance of December Souls (1993) and Brave Murder Day (1996), problems with Renkse's vocal cords coupled with new musical influences lead the band away from the screamed vocals of death metal to a more traditional, melodic form of heavy metal music. The band released two more albums, Discouraged Ones (1998) and Tonight's Decision (1999), before settling into a stable quintet lineup for all of 2000's. The band released four more albums with said lineup - Last Fair Deal Gone Down (2001), Viva Emptiness (2003), The Great Cold Distance (2006), and Night Is the New Day (2009), with the band slowly moving away from their metal sound while adding more progressive rock sounds to their work over time. While lineup changes started up again into the 2010s, Renkse and Nyström persisted, and the band continued on to release their ninth and tenth studio albums, Dead End Kings (2012) and The Fall of Hearts (2016). After touring in support of the album through 2017, the band entered a hiatus at the beginning of 2018. The band returned from their hiatus in February 2019, with their eleventh studio album, City Burials, scheduled to be released in 2020. - Wikipedia

Check Out Videos from Katatonia
Member(s):
Holy Sh*T, Did You See This?
View All
Recent Featured
View All