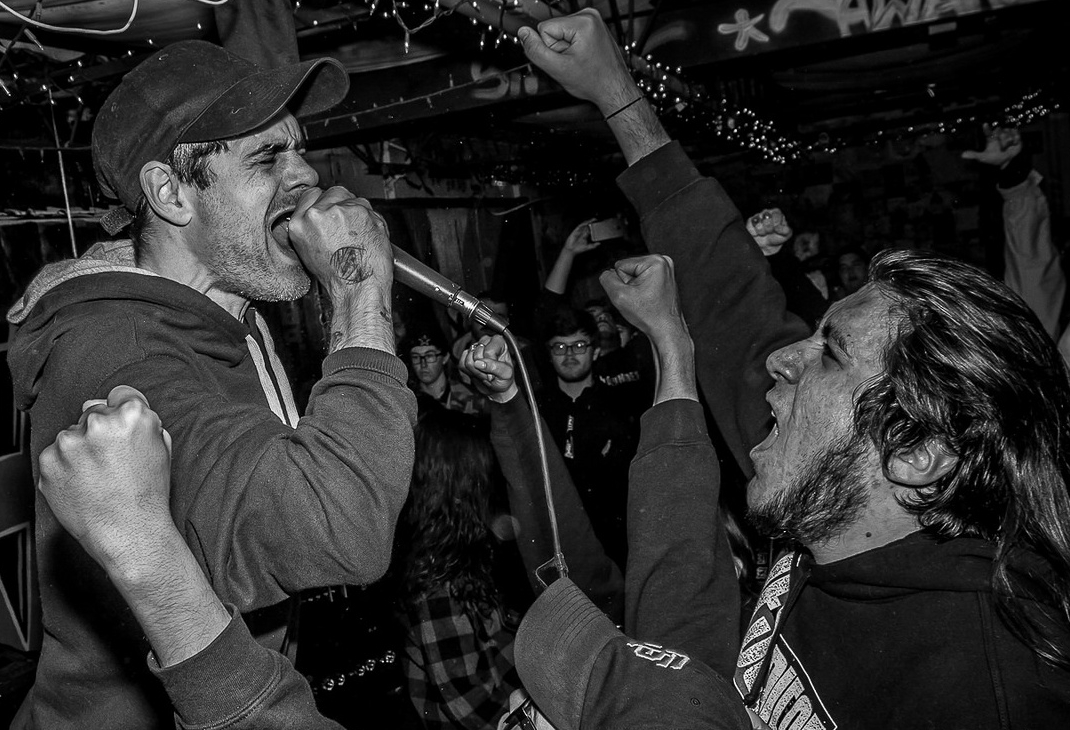 As one of the originators of the crossover style, Leeway emerged onto the NYHC (New York Hardcore) scene in 1984, with their own unique fusion of thrash metal and hardcore, while also embracing elements of New York hip-hip culture, in both style and sound. Co-founding member and vocalist Eddie Sutton recalls, "Growing up in Astoria, Queens, as a kid, I was doing Grandmaster Flash covers in a local bar years before Leeway. At the same time, I was part of the hardcore scene since 1981. It taught me that I could do my own thing and create my own style, as I learned to become a vocalist."

Leeway launched their debut demo Enforcer in 1984. The songs would later appear on their long-awaited debut album Born to Expire in 1989 on Profile Records, a record label known for rap and club music, with Run-DMC as their label mates. Born to Expire showcased stronger musicianship and greater production value than their counterparts in the NYHC scene and highlighted Eddie's melodic and harmonious approach in delivering his lyrics.  Eddie states, "I grew up on R&B, so it's naturally in my style. I was also a big fan of singers like David Bowie, Ozzy, Phil Lynott, David Lee Roth and even Lemmy, as well as punk and hardcore punk singers like Pete Shelley and H.R. Each of these vocalists taught me to be an individual."

Born to Expire was well received among fans and critics, launching them into the national performing circuit, sharing the stages with Living Color, Bad Brains, Circle Jerks, Exodus and Testament, as well as many others. Born to Expire was also documented as the first NYHC band to be added to the Grammy Awards first-round ballot nomination vote list, where music insiders vote on each musical category; Leeway made the list in 1989 and it was unheralded.

Leeway's sophomore release Desperate Measures continued to push the envelope and provided a new level of sound with classic songs like “Make Me an Offer,” “All About Dope” and “Kingpin.”

In 1994, when Leeway’s third album Adult Crash was released, the band was at an influx, but they were still able to stay the course and prove that hardcore could be more than just a sound. As Eddie recalls, "To me, hardcore was about passion and heart. It wasn't simply about three chord thrash and mosh parts. To me Billie Holiday was hardcore."

With catchy riffs and fan favorites, Leeway experimented with their sound with Adult Crash, but it was their final release, Open Mouth Kiss, where they really got things right. "Despite the troubles with myself and the band," as Eddie states, "we still wrote strong songs like "Hornet’s Nest," and "Foot the Bill," but I never felt more like an accomplished recording artist until we wrote that album."

The band currently features Eddie going at it alone, with friends that are capable and professional enough to respect and pay tribute to how it all got started. As Eddie states, “I learned that you have to do this thing with a team, with reliable people around you.” In 2018, Leeway released the single “I’m Your Pusher” for digital download, which is now available as the A-side of a newly released two-song 7” entitled Tipping Point.

Eddie remains optimistic on the future of Leeway, as he celebrates the 30th Anniversary of Born to Expire. With new music and plans on touring new territories, Eddie and company continue to defy the odds of longevity and success.  As Eddie states, “We are hoping we can do this for as long as we can do it.” - Upstate Records

Check Out Videos from Leeway NYC
Featured On
Member(s):
Holy Sh*T, Did You See This?
View All
Recent Featured
View All