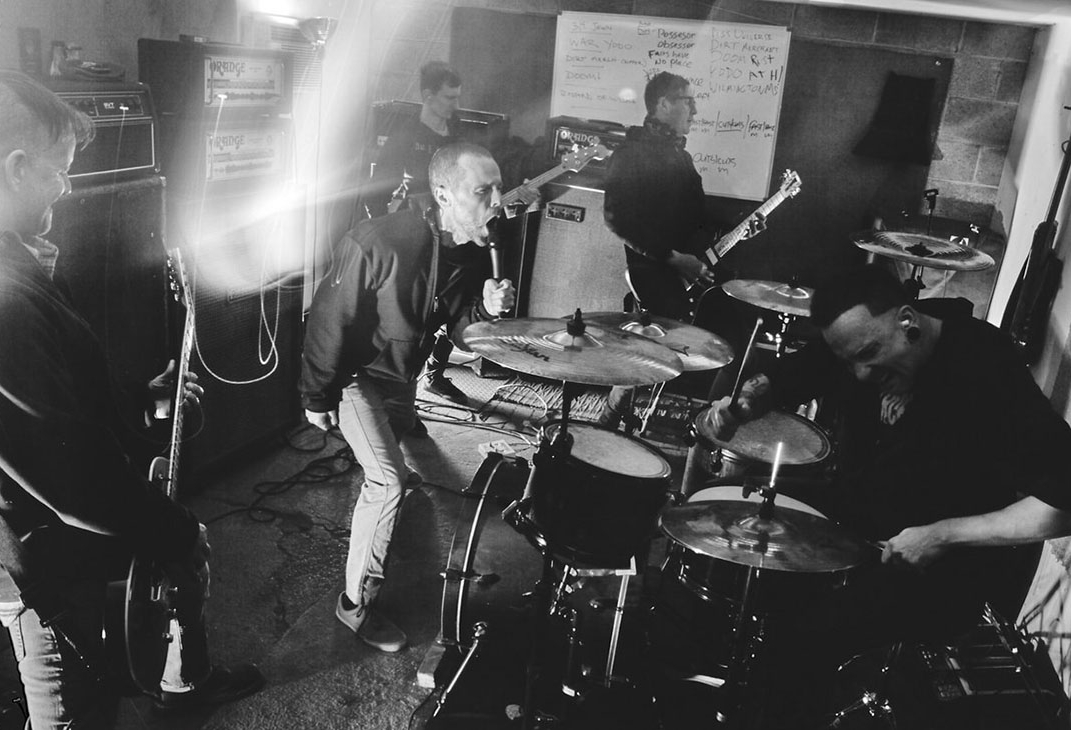 Formed as a project between Jay Mallory and Keats Rickard in late 2019 - originally with Jay on vocals and drums, and Keats handling the guitars, bass, and electronic elements. They released an early EP called “Piss Universe” yielding positive results on a local level . The two were happy with what they had achieved, and decided to pursue the project further. But Covid put up quite a few roadblocks, so it took some time. By mid 2021, Tim Leo and Josh Mahesh Kost  joined and the band began writing. The original intent was to keep Jay on vocals and find a new drummer, but that was proving to be a bigger undertaking than anticipated. Tim reached out to his old bandmate - Brendan Mcandrew, a fierce frontman with a vicious vocal attack. Brendan came to practice and it was a perfect fit. The band got to work writing what would become their first proper ep “Compulsion Analysis” - released on April Fools day 2022. The band is continuing to write for their next release, while playing live as much as possible.

Check Out Videos from Model Prisoner
Featured On
Member(s):
Holy Sh*T, Did You See This?
View All
Recent Featured
View All