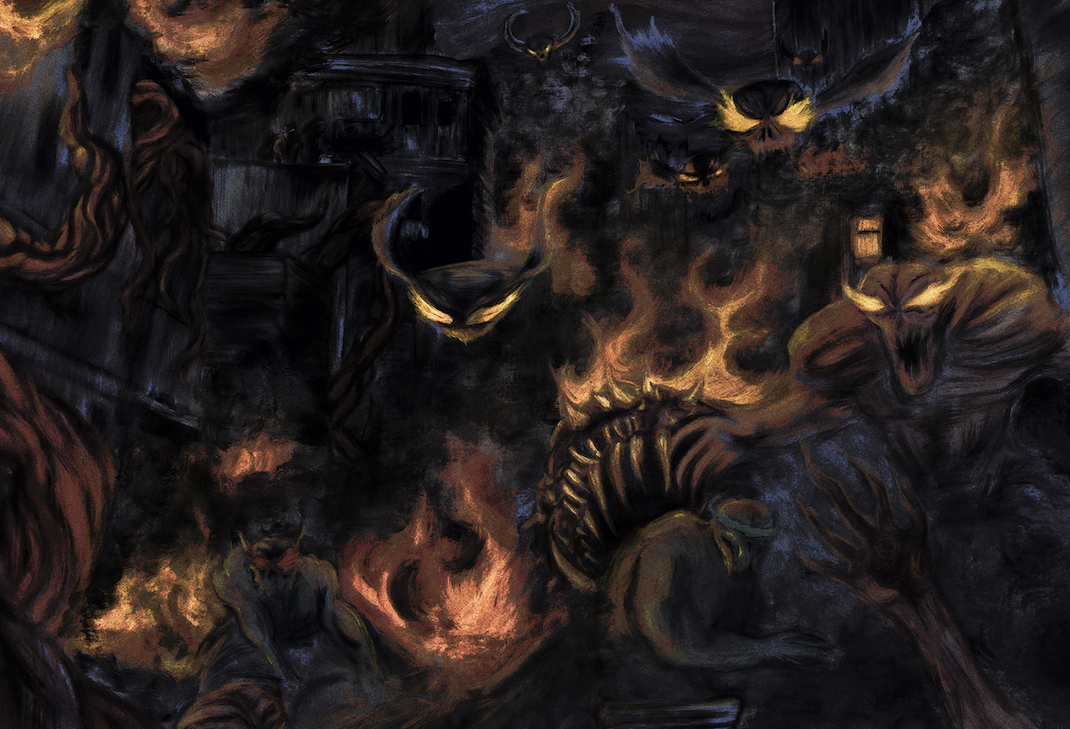 Formed in the cold and desolate midwest in 2011, Purgatory, slings unflinching metallic hardcore with an emphasis on the metal sown into their sound, or as they’ve been dubbed, “Midwest Street Metal”. Pulling from influences foundational to their gritty world of hardcore such as Biohazard, Cold As Life, Stigmata and Merauder, the band is just as influenced by their love of metal such as Dying Fetus, Cannibal Corpse, and Deicide. Regardless of what end of the heavy spectrum they fall, the band’s overflowing supply of raw and untethered anger comes through in full-force in Purgatory’s latest effort.

In the spring of 2021, Purgatory returns with their sophomore full-length and most confrontational release yet titled Lawless To Grave. Due out April 9th, via Unbeaten Records, the band spent the better part of a year fleshing out new ideas in a collaborative manner that hadn’t been done with previous lineups, and it pays off. Across the eleven tracks, Purgatory, composed of Matt Anderson (vocals), Josh Mata (guitar), Brian Pilla (guitar), Tito Richmond (bass), and Collin St. Mary (drums),  flex their best songwriting to date and most interesting moments of heaviness and honesty.

Recorded in only four days at Landmine Studios with Len Carmichael, Purgatory took the collective memories of their members, and the universal struggles the population faces into account while writing Lawless To Grave, offering the listener an unfiltered look into the darkness and futility of life in middle-American. Personal betrayal, encounters with the justice system, a country run by racist, corrupt politicians, and experiences with abusive, religious, and addicted family members all lead Anderson and the band to the conclusions found on Lawless To Grave. While all these factors and vengeful reactions to them can shape a calloused life, the only factor one can control is who you choose to be at your core, guided by the set of personal rules you follow. Purgatory takes a deep dive into the constant war of everyday life, the compounding stressors that bring people to a knife’s edge, and capture the anxiety and grit of simply getting by in their crushing swing at the world, Lawless To Grave.

Over the past several years Purgatory has become a rising force in both the hardcore and metal scenes, leading the charge out of the grim Midwest with their debut LP, Cold Side of Reality. As a potent live force, the band has shared stages with such notables as Power Trip, Harm’s Way, Twitching Tongues, Ringworm, Terror, Merauder, and more. In 2021, Purgatory unleash their urgent and cathartic full-length Lawless To Grave into a world of chaos.

Check Out Videos from Purgatory
Featured On
Member(s):
Holy Sh*T, Did You See This?
View All
Recent Featured
View All