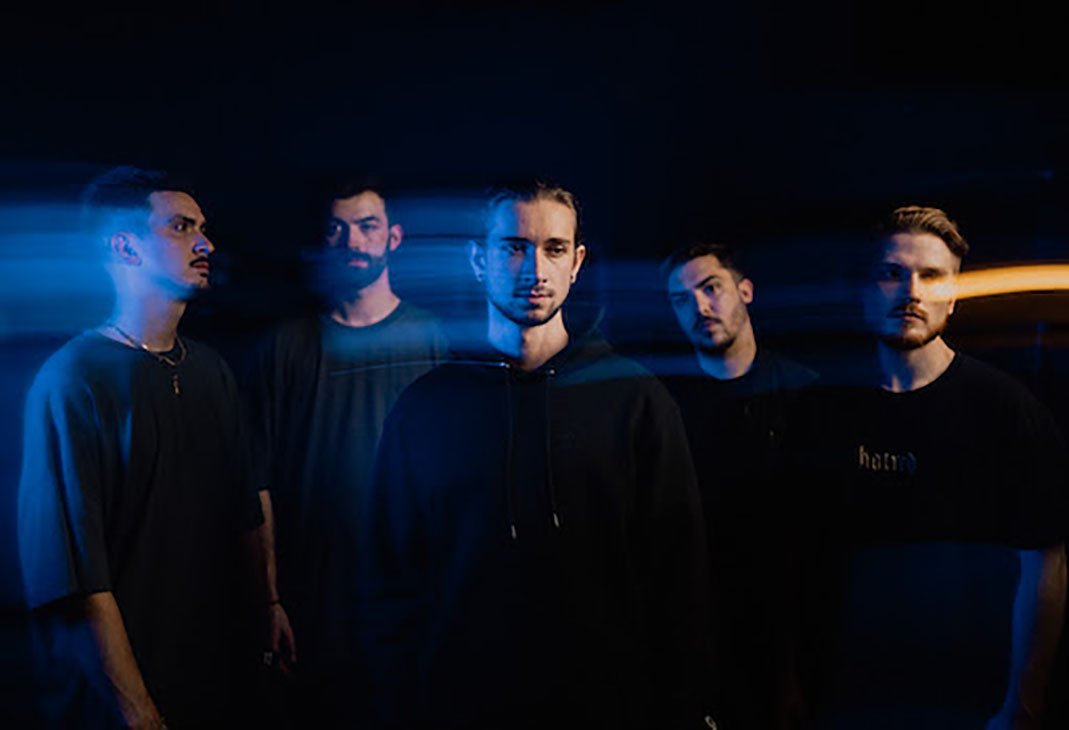 “We were all in the same headspace,” says Dave. “Our first album had to make a statement. We needed to deliver an experience that flowed from start-to-finish. Lyrically and musically, it follows a trajectory, starting brutally heavy and moving into extreme atmospheres before ending in the form of mental and spiritual rehabilitation. We knew exactly what we wanted.”

Sentinels uncovered what they wanted over the past few years. After the Idylls EP [2013] and World Divide EP [2016], the group cemented a signature style on the Unsound Recollections EP [2019]. Racking up nearly half-a-million streams independently, it yielded fan favorites such as “Elysium” [174K Spotify streams] and “Déjà Vu” [69K Spotify streams]. Capitalizing on this momentum, they focused on the future. In 2020, Sentinels entered Graphic Nature Audio with Randy Leboeuf [For Today, Kublai Khan] behind the board and welcomed Hardiman on the mic. At the suggestion of ERRA frontman JT Cavey, the group checked out Hardiman’s social media, reached out, and immediately clicked.

At the same time, the producer pushed Dave to flourish as a lyricist.

“I was in a situation where I not only had to figure out drums for twelve tracks, but I had to write lyrics for all of them as well,” Dave goes on. “Randy was like, ‘You’re great at telling a story. Own this part of it.’ I looked at every element of my life in terms of the relationships I’ve been in and lessons I’ve learned. I put how I felt from these toxic situations into words. I looked at what caused them to end, how I tried to save them from ending, and how I felt afterwards. It became a thematic thread. It surveys the past 15 years of my life, finding the lowest points and the highest points.”
The first single “Inertia” blows the doors open. A hard-hitting chug barrels forward as a guttural growl pierces the seesawing rhythm. It culminates on a wild hook with the heft of a freight train only held on the rails by off-kilter leads and slides.

“It took me to a darker place,” he admits. “It’s about having suicidal thoughts and working up the courage to confess them to someone close to you only to be told, ‘Suicide is a selfish action, and you’re selfish for thinking that.’ It discusses the burden left behind on everyone, but it also says, ‘You can’t dictate how I live my life’. You’re showing you’re strong enough. It’s two sides of the situation.”

Highlighting the intense vocal interplay between Josh and Dave, warped guitar encircles a driving groove on “Embers” before burning off into an ethereal bridge. “I’m looking at myself and what caused the demise of the best relationship I ever had,” he explains. “It was the fact I constantly dealt with temptation.”

“Comfort In Familiar Pain” illuminates another side of the record as it details “the moment you feel free from a toxic relationship.” Everything culminates on “Atlas.” Glimmering keys give way to one final crushing apotheosis.

“It’s me deciding to stray from all of the negativity and leave the harbored bitterness and hatred behind,” he adds. “It’s leaving this dark place mentally.”

In the end, Sentinels reach a new place themselves and take heavy music along with them.
“Musically, this album is a journey,” he leaves off. “We put so much into everything and really did shoot for the fucking stars on this, because it’s our first full-length. We had to do it right. We matched the emotions with the music. Hopefully, when you hear it, you feel like you’re not alone.”

Check Out Videos from Sentinels
Member(s):
Holy Sh*T, Did You See This?
View All
Recent Featured
View All