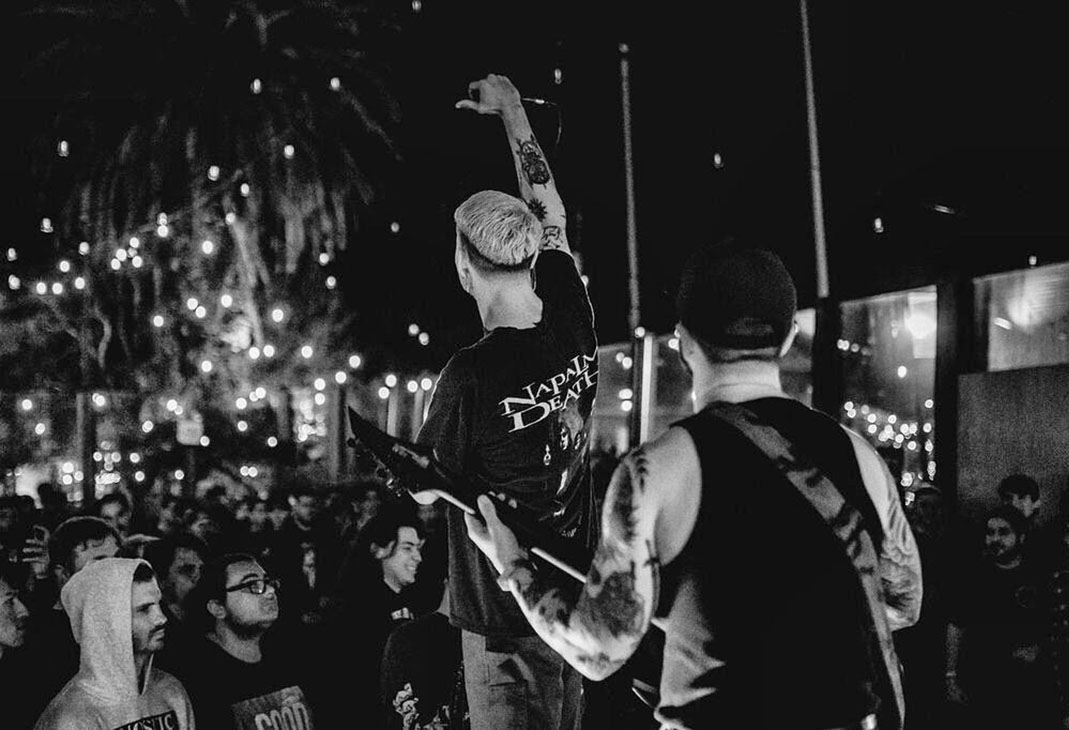 SLOWBLEED is a band formed with a goal of achieving unrelenting extremity, bridging brutality and technicality within their blend of hardcore aggression and death metal precision. Born, bred, and raised on the bands of the Nardcore scene they grew up in, the Santa Paula-based band was started in 2017 by vocalist Jon Caytion, guitarist Logan Givan, and bassist Ozzy Parilla, later expanding with the addition of second guitarist John Laux and drummer Tyler Castro. - Earsplit PR

Check Out Videos from Slowbleed
Member(s):
Holy Sh*T, Did You See This?
View All
Recent Featured
View All