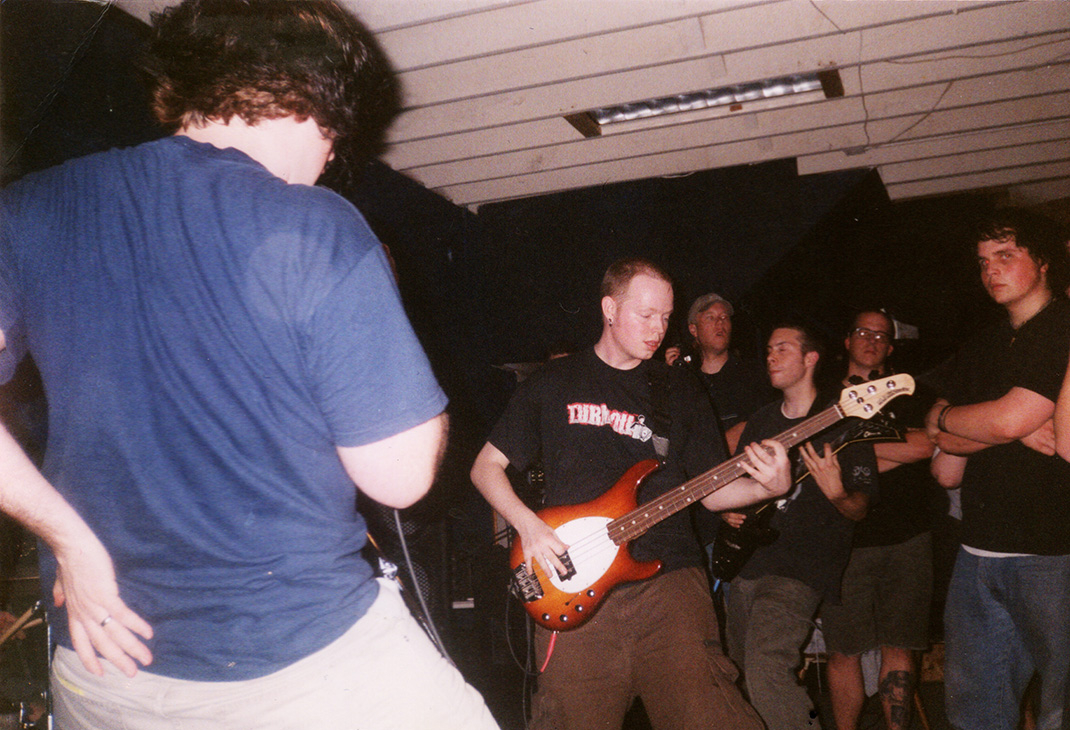 Subsist was always a stubbornly hard-working hardcore band from America’s heartland, as musically volatile and extreme as the Midwestern weather that shrouded them. Formed in the mid-90’s in Peoria, Illinois, the band was fiercely loved, touring and sharing the stage with bands like Coalesce, Converge, the Dillinger Escape Plan, Cave In, Eighteen Visions, and Burn It Down.

Subsist released their first song on Steadfast Records’ Radiowaves and Gibberish compilation in 1997 and a following EP on Akeldama Records, entering the studio in 2000 to record what would be their sole full-length, The Rhythm Method. Documenting the final bright fires of what had become a powerful band, The Rhythm Method was a record that seethed with Subsist’s trademark ferocity while also bearing the marks of new influences like Disembodied, Botch, Carcass, and Overcast. Sadly, those who were able to actually hear the songs were few and far between, with a few CD-Rs of the album pressed into hands at the band’s final shows before members went their separate ways, going on to form new bands like Minsk (Relapse Records) and Dead To Fall (Victory Records).

Thankfully, those who heard the album recognized The Rhythm Method as what it remains: a true classic of 2000’s era metallic hardcore. Together, longtime friends, Steadfast Records and Dropping Bombs, are excited to release Subsist’s vital swan song LP in the format it deserves, wrapped with beautiful new artwork and crushingly remixed and remastered by Dereck Blackburn (Quiethouse Recording). - Subsist