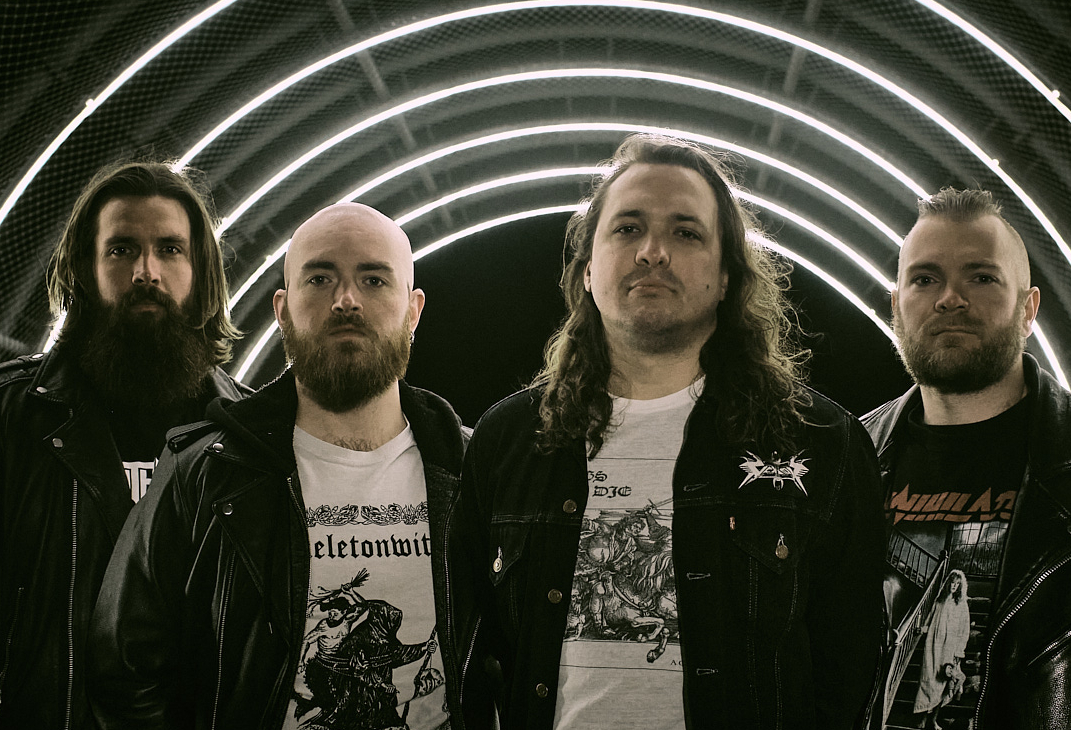 TERMINALIST formed in 2018 and debuted a year later with the EP, Abandon All Liberties, followed in 2020 by the “Voyagers” single. The four-man band harkens back to the traditional and technical thrash metal of the late 1980s, bringing it up to date by fusing it with black metal blast beats, death metal growls, and grandiose prog rock concepts. The result is modern in its concoction, yet retro in its appeal; a style the band itself has dubbed hyperthrash.

TERMINALIST uses the lens of dromology to describe the duality of technology and investigate Virilio’s thesis that the invention of the ship was also the invention of the shipwreck; continuing the thrash metal tradition of political criticism and pessimism about the future. Yet, the band’s output fits in among a new generation of metal bands using the genre’s monstrous sounds to illustrate the downfall of modern society in favor of something new and unknown. This is conveyed in a sound which is fast and aggressive, melodic, and dynamic; catchy yet technical. - Earsplit PR

Check Out Videos from Terminalist
Member(s):
Holy Sh*T, Did You See This?
View All
Recent Featured
View All