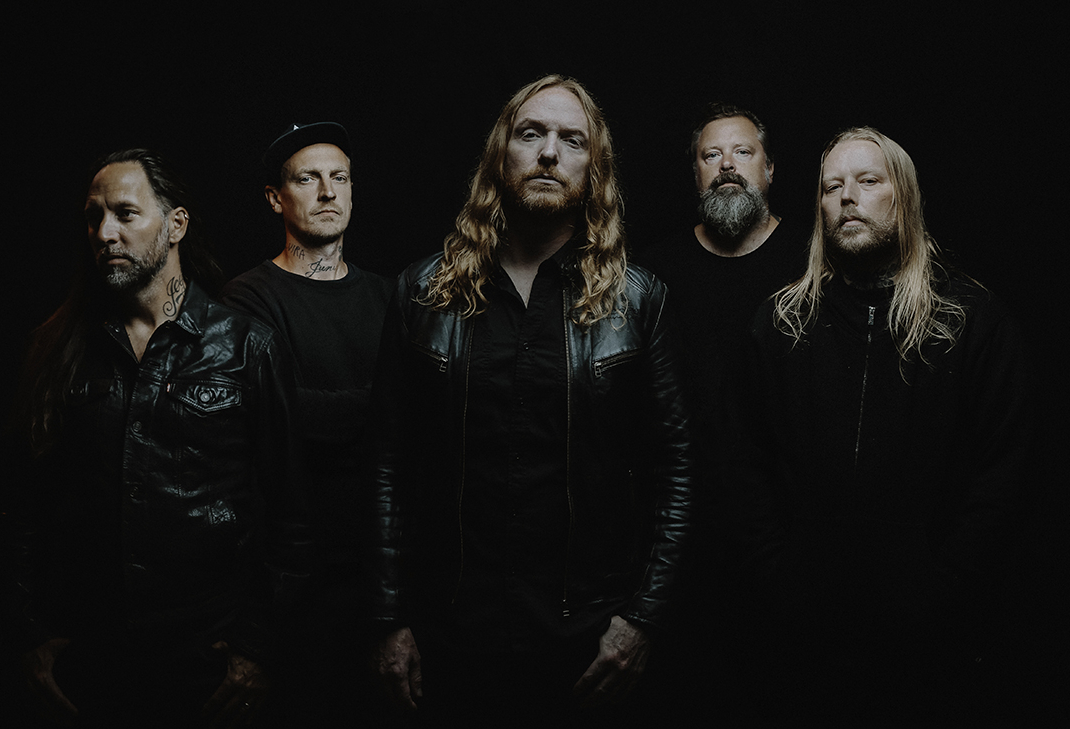 The Halo Effect from Gothenburg, Sweden

2020. The year of the corona-pandemic, when the music world was forced into a standstill, five old friends put in motion an old idea that had been lingering - and what eventually was to become a new band and powerhouse: The Halo Effect.

The members of The Halo Effect are not only masters of their domain, but also some of the pioneers of the Gothenburg melodeath scene; Lead guitarists and melodic death- slingers Niclas Engelin and Jesper Strömblad, lead singer and raging growler and lyricist Mikael Stanne, further on adding to this mix is the solid backbone and foundation of power bassist Peter Iwers, and his partner in crime since twenty plus years, hard-hitting drummer Daniel Svensson.

Knowing each other from an early age during the late 80’s and then playing together in different constellations during the 90’s, they came to dominate the Metal scene in Gothenburg - mainly being part of the two major bands and metal exports In Flames and Dark Tranquillity, also two of the pioneers and major forces behind the melodeath monicker: The Gothenburg Sound. A sound that would echo far and wide across the world and influence countless of metal bands during the 90’s and early 2000’s.

This was also the initial thought behind The Halo Effect - to go back to the roots and explore what the groundbreaking metal sounded like then. And add the experience and skills of what the members could bring to the table now. The result is an exceptional album and real tour de force to fans of melodeath where the echoes of the Gothenburg Sound is evident. The Halo Effect delivers the goods in a brutally efficient display of heart pounding beats, melodic mayhem and furious growling at its best. Raw, yet melodic, and in your melted face.

Buckle up and remove your ear plugs. The restrictions are being lifted, the pandemic is over, and The Halo Effect is finally ready to meet its audience all over the world.

Check Out Videos from The Halo Effect
Member(s):
Holy Sh*T, Did You See This?
View All
Recent Featured
View All