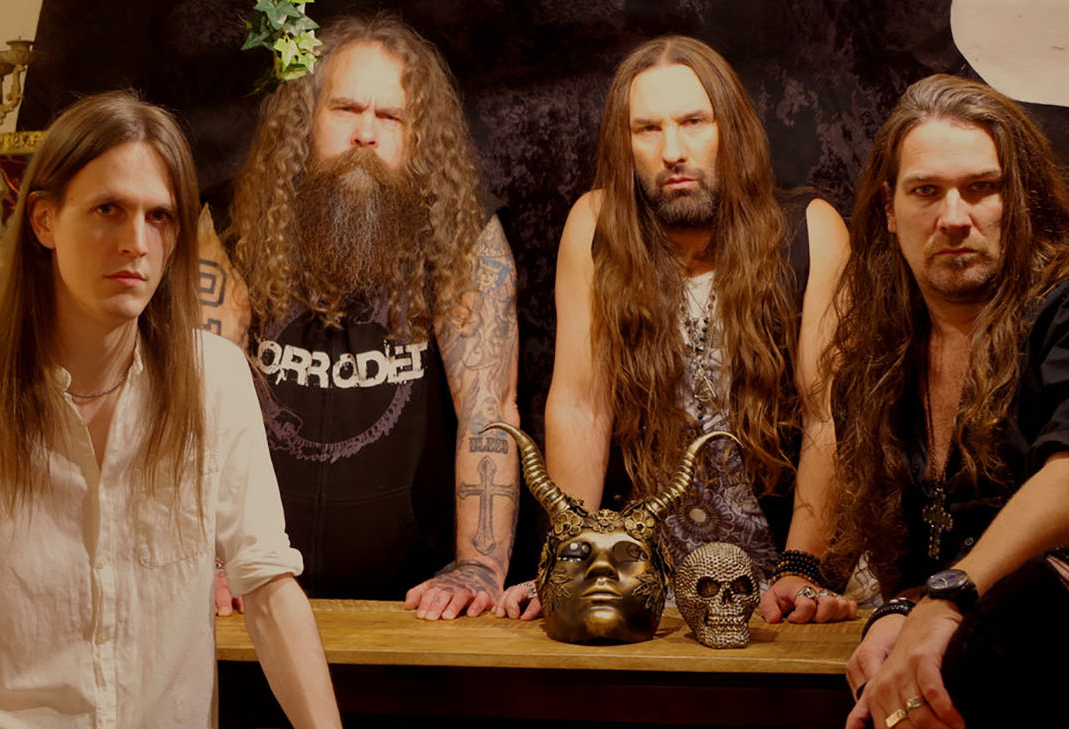 From Stockholm, Sweden M-Theory Audio Since 10/2017
Find The Sonic Overloads

The Sonic Overloads from Stockholm, Sweden

THE SONIC OVERLORDS were founded in 2017 by Swedish rock guitarist Morgan Zocek. He began jamming with various musicians and writing songs inspired by classic hard rock of the late 1970s and early 1980s, but with a more modern approach to the production and sonics. The full sound of THE SONIC OVERLORDS began to solidify with the addition of Per Soläng on drums in 2018. This was followed by the addition in 2020 of vocalist Marcus Zachrisson Rubin, who had been playing with Zocek in an Ozzy Osbourne cover band for many years, and the rumbles of new bassist Daniel Ramírez.

The group's first single, “In My Darkest Room,” was released in October 2020. That song gained rock radio airplay throughout Scandinavia and spread through mainland Europe, the US and Australia as DJs and programmers were drawn to the group's combination of powerful doom riffs and the epic and melodic majesty of late '70s/early '80s heavy rock with influences from the likes of Dio/Martin-era Black Sabbath, Rainbow, early Candlemass, Yngwie J. Malmsteen/Rising Force, Scorpions and MSG. The band's blend of power, darkness, and musicality was recognized by former Sabbath vocalist Tony Martin via a shout-out to “In My Darkest Room” on his social media channels, and the song was provided visual power thanks to a music video directed by Per Andersson.

THE SONIC OVERLORDS signed with M-Theory Audio at the beginning of 2021, and began putting the finishing touches on their debut album, “Last Days of Babylon.” The album features nine tracks powered by the group's sonically wicked brew, including “In My Darkest Room” and “Utopia,” the band's second single which was released in May 2021, backed by a music video directed once again by Andersson. The CD version of “Last Days of Babylon” also features a guest appearance by Tony Martin, who provides vocals for “End of Time,” a re-imagining of “Sands of Time,” an original song by the band that is featured on the main record.

With the upcoming release of “Last Days of Babylon,” THE SONIC OVERLORDS are poised to take a sound that has already penetrated the ears of dedicated riff-lovers throughout the world to a larger stage.

Check Out Videos from The Sonic Overloads
Member(s):
Holy Sh*T, Did You See This?
View All
Recent Featured
View All