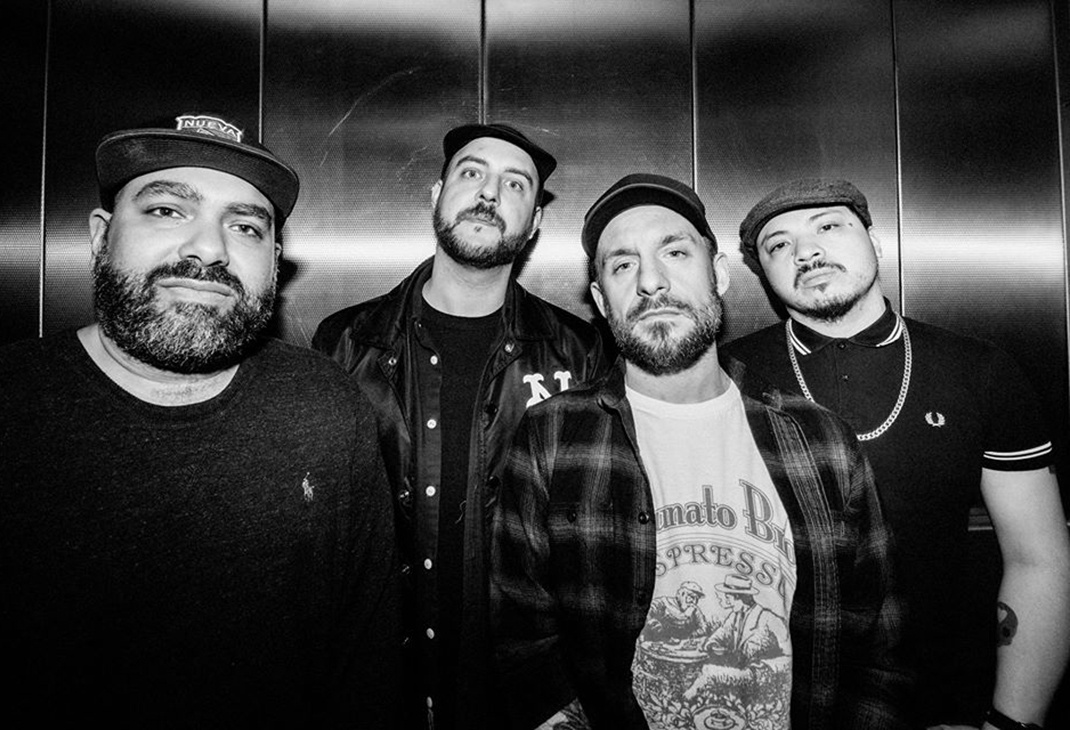 Total Meltdown is an assemblage of four guys that grew up in the Long Island Hardcore / New York Hardcore scene(s) and found a mutual connection through their love of hardcore, punk, metal, hip hop, graffiti, Art and DIY/underground culture.

The members of Total Meltdown (Ralph Torres – Vocals, Drew Kassl (of Perfect World) – Bass, Cory Bonfiglio – Drums and Chris Enriquez (of Spotlights) – Guitars) have taken everything they’ve collectively lived, breathed and musically been through and poured it all onto the canvas that is their debut self-titled EP. It’s intent, while rough around the edges, is to be raw and truthful but also optimistic about a better future.

Vocalist, Ralph Torres describes the Total Meltdown EP as a concept EP about mental health. He states, “A lot of us are on the edge of having a nervous breakdown, whether it's due to societal pressures, financial pressures, or our own internal pressures.” The EP also focuses on pressures we unfairly force onto ourselves. Personally, there are plenty of times where I feel like there's a huge magnifying glass on me, studying my every move and decision. I find I'm constantly second guessing myself, even if I’m making the right decisions. I have to constantly be reminded that I alone am putting that stress on myself. This EP is a way to let people, who feel like me, know they aren't alone.”

Guitarist, Chris Enriquez is stepping out from his typical role not only genre-wise, but also instrumentally. Typically known for his drumming abilities (Spotlights, Primitive Weapons and On the Might of Princes), he is also no stranger to hardcore and has filled in on drums for Beyond, Supertouch and Shai Hulud. Enriquez further states, “I grew up on the Big Four of Thrash (Metallica, Slayer, Anthrax, Megadeth) which I discovered through Headbanger’s Ball. l eventually discovered punk through skateboarding (Suicidal Tendencies, Bad Brains, Descendents, Fugazi, The Cramps) and later really got into the whole grunge thing. The diversity of it all definitely took me in different places and when I saw my first show at Roseland in 1996 (Sick of it All / Helmet) and it really changed my perspective on how to create angry music while still retaining some of its roots. I also got into the artsier stuff as well (Quicksand, Unsane, Die116) which all still stemmed from the NY punk scene, so it’s all the same to me. Anger and self-expression.

Torres elaborates on the first track being premiered, entitled 'Embrace It,' "It is all about accepting the fact that you are not in control of everything happening in your life. To maintain your sanity and not have a total meltdown, embrace the chaos, don't drown in it. At times life may feel like it's just a series of difficult situations, but if you find your groove you can stay afloat through it all."

The self-titled debut EP "Total Meltdown" was released via Housed Recordings on March 6th, 2020 and can be heard on all streaming services.