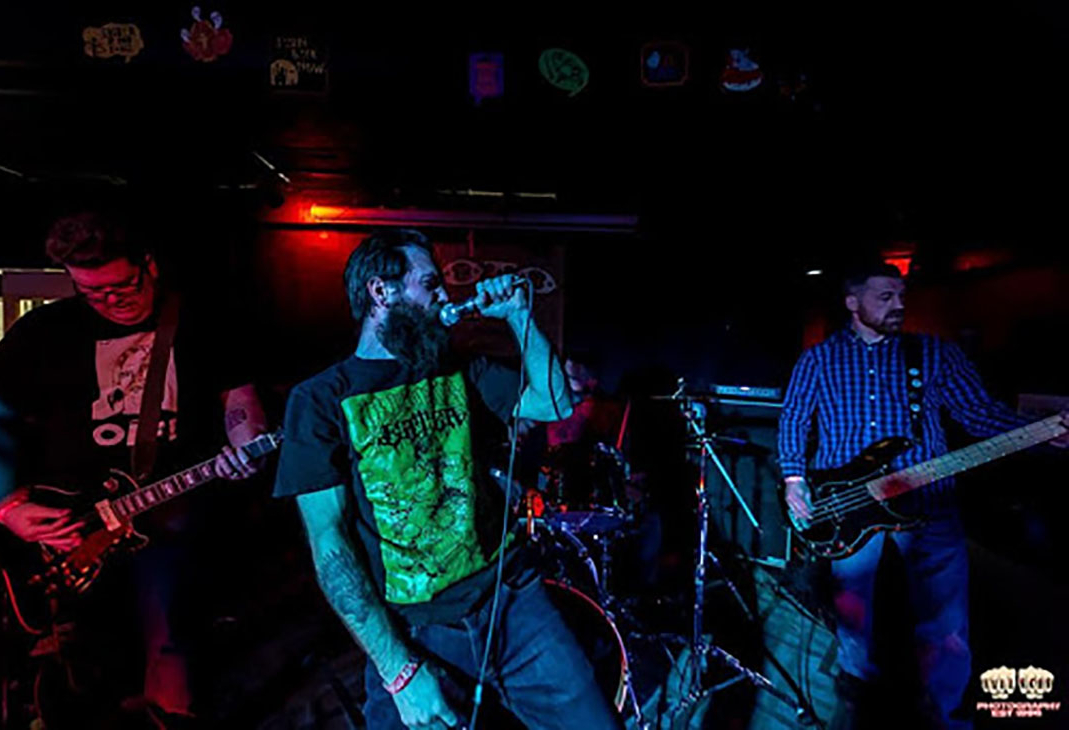 WarGraves’ sound is described as proto-punk with clear surf and garage influences
whose songs pay homage to bands like the Dead Boys and The Stooges, that also leans into hardcore punk like
Descendents and Bad Religion. The band features Jay Greenough on guitar (founding member of New Hampshire
psychobilly band The Caught Flies), vocalist Kyle Kingsbury  (singer/songwriter and front man for folk rock band
Dust Cloud), and former North Shore punks Ready, Steady…. Torpedo! rhythm section, drummer Graham Messier
and bass player Jason Barker. The songs that became the first WarGraves EP began to take shape in the fall of 2016
after the demise of The Caught Flies. The first incarnation of the band played a handful of shows in 2017 and 2018
in thier hometown of Manchester, NH, in Portland, ME, and Boston before departing members drove the band
into hiatus. By 2018, Jay joined forces with Jason Baker to form a new musical project and, after a few practices
with another drummer, Graham was invited to join on drums. Kyle returned as lead singer. With the blessing of
past members, this configuration of the band moved forward as WarGraves and, in 2019, released their second
EP, Life on the Outside, and have played shows with local legends like Jonee Earthquake and Scissorfight, and local
favorites like Time out Timmy, Secret Spirit, The Knock Ups, Baluchitherium, and Hey Zeus. The band entered 2020
with plans to record a full length and play out as much as possible. Before the COVID pandemic cancelled live
music for the foreseeable future the band had been booked to play at the prestigious Rock &amp; Roll Rumble and
Shuffle Fest in NH. On October 31 st , 2020 WarGraves released “The Feed” EP – a 2 song preview of the songs from
their upcoming full length.