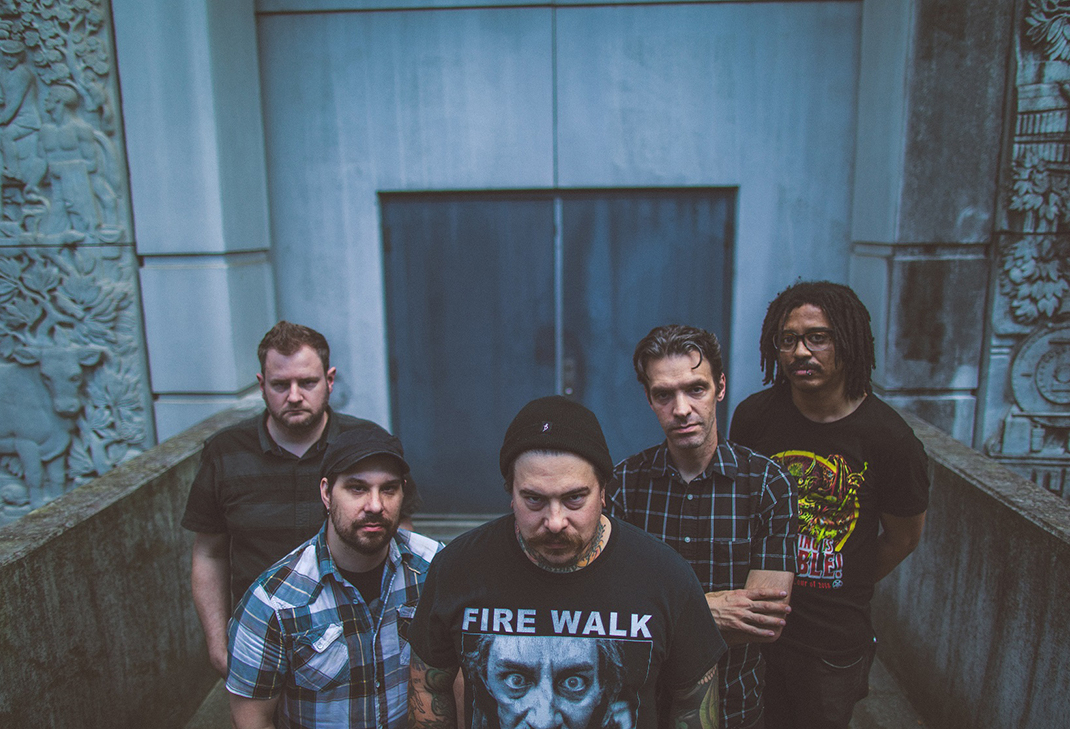 …Although they never truly went away. Since 2016’s critically acclaimed “The Well-Intentioned Virus” (really, just ask the critics, they LOVED it, even NPR jumped on board – who would have thought?) the band has been releasing EPs, remix albums, Nintendo cartridges with actual music on them, concept 7 inches packaged in mirrors and still found time to oversee reissues of their back catalog and an album of archival demos from 1995. Somehow in the midst of all of this the band found time to record a new 60-minute 11 song album titled “The Crimson Corridor” being released on April 9th.

While not OFFICIALLY a double album (aside from the double disc vinyl) “The Crimson Corridor” is Zao’s longest record since 2004’s “The Funeral Of God”. Unlike that one, this is not a concept album in the traditional sense but there is an underlying lyrical theme. According to singer/lyricist Daniel Weyandt, “It is a about the place in my mind where depression, anxiety and anger all manifest under the watchful eye of the shadow self. It is a long hallway lined with doors that lead to terrible places. And though I despise that place I always find myself back within its walls.”  Party/dance music this is not.

Musically speaking “The Crimson Corridor” is extremes. While there are plenty of the band’s signature crushing riffs and abrasive vocals there are also a lot of moments of quiet tension. Zao is not in a hurry and are not afraid to drop back and build quiet tension only to slam back roaring louder than before. According to guitarist Scott Mellinger, “The headspace I was in while writing this material was very dark. I was dealing with loss on a few different fronts. It was overwhelming and I think that’s why the material sounds so oppressive.”

Recorded with Dave Hidek at The Church Studio in Pittsburgh, PA and packaged with the horror photography of Christopher McKenney “The Crimson Corridor” was delayed almost a year due to a very BAD-intentioned virus. The band spent that year in isolation digging even more into the music to see what else could be done to make the music the “surreal horror landscape” that they had initially set out to achieve. According to drummer and acting manager/label-head Jeff Gretz “We spent more time crafting the world these songs exist in, I think, more than any other Zao record prior. It’s definitely our most produced record. Not in a polished way, but in a layered way. We spent a LOT of time thinking about the space around the notes and the ghosts that live in those negative spaces.”

“The Crimson Corridor” will release officially on April 9th, 2021 on the band’s self-run Observed/Observer Recordings. Pre-orders for digital/CD/Double LP and Cassette will be available through the band’s Bandcamp store and through the band’s merch partners Holy Mountain Printing on March 5.

Check Out Videos from Zao
Member(s):
Holy Sh*T, Did You See This?
View All
Recent Featured
View All