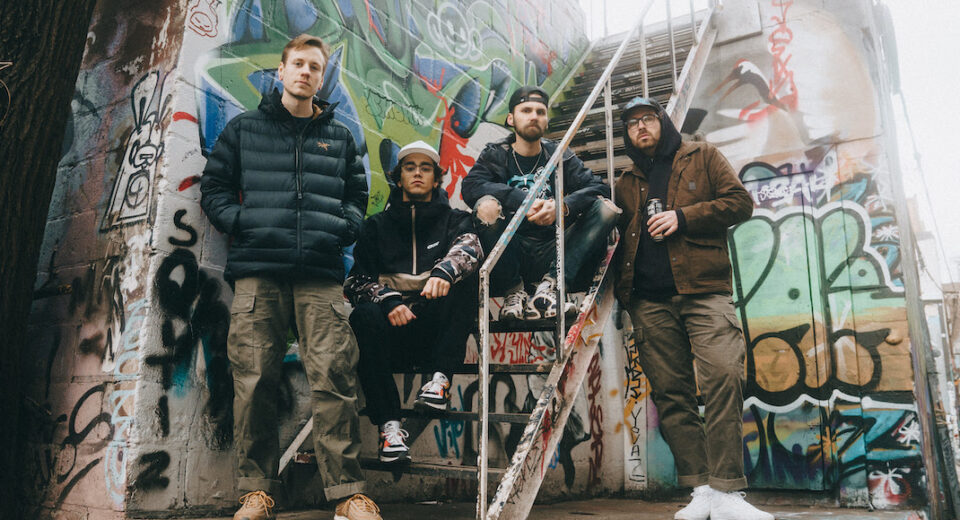 Hailing from Alberta, Canada, End Game deliver hardcore with a fun and blunt approach. On their new single “Devil in Disguise”, out today, the band teamed up with Scowl singer Kat Moss and the result is a high intensity track with light-speed riffs, earthquaking bass, and brute force drums. The hostility in the vocals cater to the lyrics, which the band states are “about people who are quick to stab you in the back, and locking them away sealing their fate to never harm you again.” Accompanying the single is a music video documenting the rising underground hardcore scene the band is at the forefront of in Western Canada, taking cues from bands like No Warning and Comeback Kid. Shot DIY style in a skate bowl, live performance shots are spliced between moments of drinking copious amounts of their favorite beverage, Liquid Death. Having already released an EP in 2020 and a split with Atlanta crossover band Living In Fear last year, End Game are showcasing their evolution with “Devil In Disguise” and making way to be a band to know in hardcore in North America and beyond.