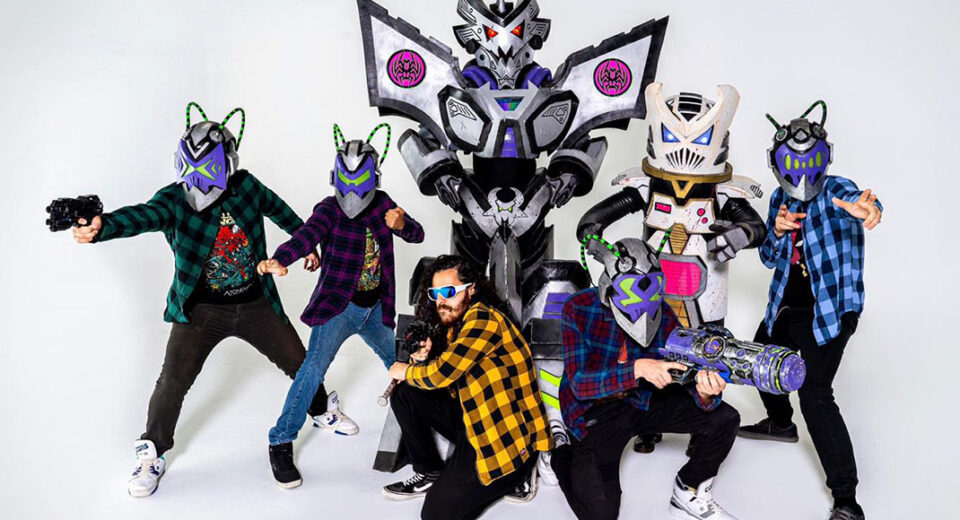 Ex-Intergalactic warlords cloned from the evil cosmic conquer Colonel Roach to better fulfil his crusade of universal dominance, have successfully concealed their identity as the crossover thrash metal band, FULLMINATOR. Having escaped through a prototype dimensional portal called the Nexus, they appeared in the streets of Puerto Rico in the year 2016 and have remained ever since.

"We at FULLMINATOR want to present to you our latest single "Cyberpathic" all the way from the year 2078, punch deck and get ahead of the simulation!"

The new single, “Cyberpathic”, was inspired by the cyberpunk aesthetic and themes of William Gibson’s Neuromancer and The Matrix trilogy. A mash-up of fictional and factual political theories is paired up with the melodic fun, along with the style of the streets of Chiba City and the fast pace of a speed-fuelled run through cyberspace. “Cyberpathic” explodes into life with energetic instrumentation, delicious distortion and powerful percussion. FULLMINATOR are a powerhouse of hard-hitting metal with a galactic twist. Effects and electronics emerge through the immense thrash sound adding a theatrical punch of personality. If you were born before 2000 you may catch the throwback to the early era of the internet. Intricate guitar leads, aggressive vocals and utter full-throttle enthusiasm makes for a thrilling listening experience.