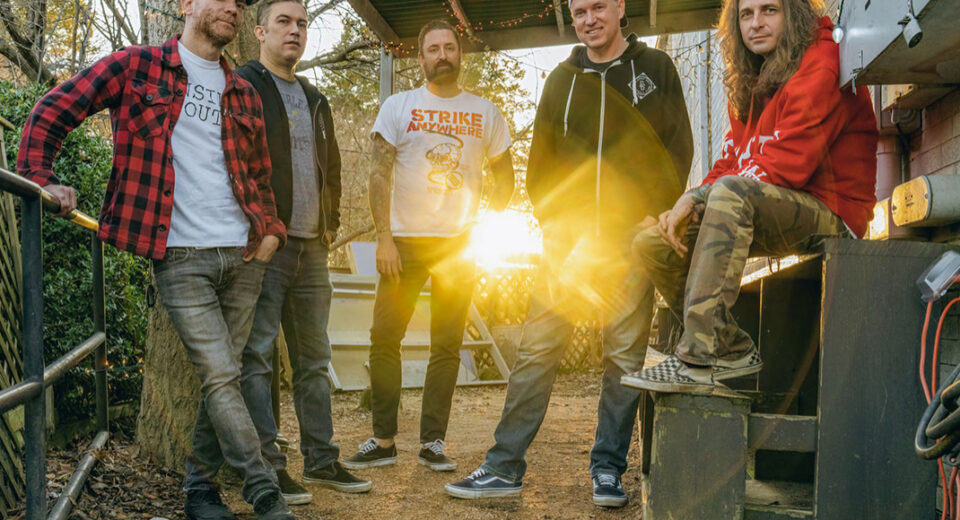 I started writing this review exactly two weeks ago and I wrote one sentence up until now;

"Be Well set an impossibly high bar with 2020's The Weight And The Cost."

That's not true though. Here we are two years later, and the Maryland based melodic hardcore band has dropped their equally exceptional follow up, Hello Sun.

I've unfairly attached a lot of my own personal nonsense and expectations on what Be Well means to me and represents as a band. Brian McTernan (vocals) has now made two appearances on Getting It Out Podcast. Each time the conversation has steered towards the lyrical content of the band's material. What is being said by McTernan on these songs can not and will not be dismissed, but the messages wouldn't be delivered without the music.

Melodic hardcore is an umbrella term with cocktail drink sized umbrellas under itself, but you know it when you hear it and that's because...the melody. Yeah, it's that simple! It's a little capricious as a genre, but generally, there is an elevated sense of life and positive personal energy (without being "posi," that's different). The experts in Be Well; Mike Schleibaum (Darkest Hour) and Peter Tsouras (Fairweather), bassist Aaron Dalbec (Bane), and drummer Shane Johnson (Fairweather), hit the marks with big choruses and subtle touches that warrant this EP a headphones listen. The guitar and bass runs in the closing track "In The Shadow Of Who You Thought I Was" co-exist with a massive chorus, delivering a personal yet relatable refrain from McTernan, all to a simple and appropriate toe tapping beat.

"Treadless," "An Endless Loop," and "Only One Wish" share a sense of hardcore urgency and intensity, the latter clocking in under two minutes. Their inclusion is important because they bring balance to a record that regularly revisits the aforementioned big choruses. Those tracks are where you hear the Bane, Darkest Hour, and Battery part of Be Well's DNA. They rip!

McTernan's vocal delivery is unique to say the least. His voice cracks like an 11 year old having a temper tantrum and that should be a bad thing. Yet, it brings an endearing quality and pairs well with the vulnerability in the lyrics.

The lyrics get their own paragraph, but I'll try to be as succinct as possible. I was infatuated with the words on their debut LP and that continues on Hello Sun. Brian McTernan has an extraordinary ability at verbalizing what seems to be the inner monologue of many. Noticeably, the feelings expressed on these records have resonated with a swath of "hardcore kids" of a certain age. We're a crowd of people who have always felt different, but as life moved on have assimilated with whatever normal is. That doesn't mean we stopped feeling weird and out of step. We do what each of us feels is right and for some of us, that was leaving. That despair is acknowledged on Hello Sun. Also acknowledged is acceptance, healing, forgiveness, moving on, whatever it is to get yourself past those reasons to leave. Be Well puts that internal struggle into their easily digestible form of hardcore.

On Hello Sun they strike the same chords as their previous LP, but there's an optimistic "light at the end of the tunnel" feeling this time. You can see it in the images and colors of the album artwork alone, but I'd recommend listening too.