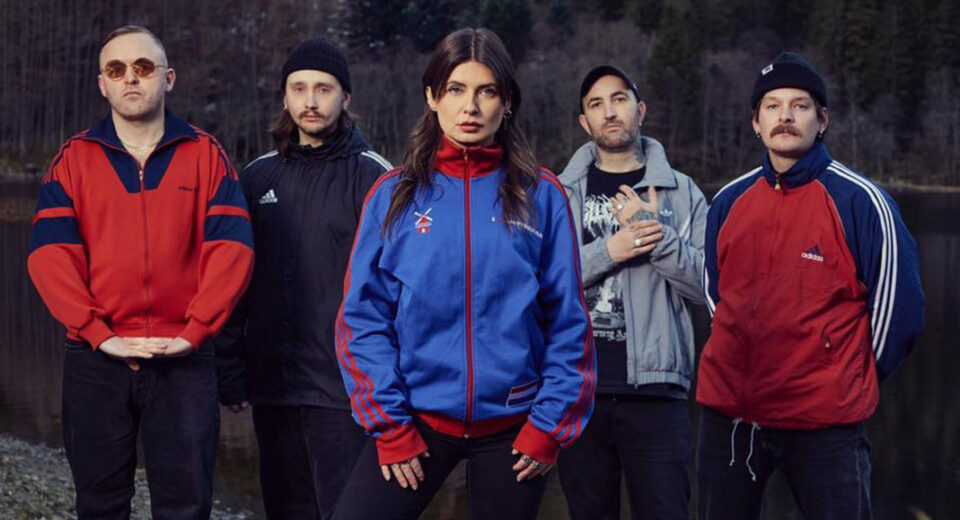 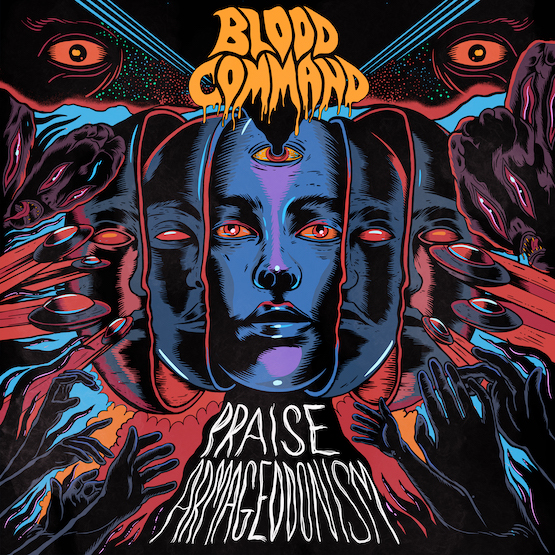 Blood Command is one of the coolest and most versatile bands out there. Their 2017 album Cult Drugs (one of my favorites of that year) had so many different sounds and elements but never stopped sounding like the same band - it all worked! Between the ska leanings of "Nervous Laughter" with huge hooks to the frantic spazz of that album's opener with throat scratching screaming opener there was nothing they didn't sound like BLOOD COMMAND.

This continued this aural tour de force with the punk onslaught of "Don't Strike a Match, Use a Lighter" on their 2019 EP Return of the Arsonist which made me start to think there was nothing they couldn't do to perfection or that didn't sound unquestionably like them. So as if to test me personally, 2022's Praise Armageddon... features an entirely new lead vocalist!

The voice of Cult Drugs, Karina Ljone, stepped down due to wanting to have a family and I guess be happy. BORING!

So would a new voice be too much of a change to finally push Blood Command out of a logical progression? Enter Nikki Brumen, the band's new face and somehow...the music makes even MORE SENSE! Some bands can't survive that big of a shift of a pivotal member (With Honor) or maybe I'm the one that doesn't survive it (Zebrahead) but Praise Armageddon sounds like Blood Command at the height of their powers!

Nikki was in a band called Pagan before which if you'd heard you might not immediately think it works with BC's self-described death pop but her singing and screeching absolutely does. The first song the band gave us in this new iteration was "A Villain's Monologue" which almost feels like they're daring you to not accept them but good luck because this song KILLS all the way down to tha "HUAH!" after the first chorus. It's fast rapid fire relentless rock 'n roll that will give you that extra kilometer on the treadmill while you raise your hands in victory.

But if you really want to see where they excel look no further than "I Just Want That Movie Ending" with a structure that is like a basketball court suicide before finally erupting into a full sprint of the gigantic chorus "All I ever wanted was kind of you to like me back!!!"

And I don't know what that means, but I know that they mean it and now I do too!

We also get a re-recording of "Saturday City" that was originally released with Karina but feels even more urgent now with Nikki.

"A Questionable Taste in Friends" is made for the dance floor with an infectious guitar lick presumably from band mastermind Yngve Andersen complete with high-hat taps, disco "oh woo hoo hoo"s, and my favorite lyric on the whole album: "If there was something that I wanted to say, then I would say it but there's only suckers in here so just forget it!"

Use that in your next team meeting! But if you just wanna get your head banging against some brick wall riffs, "Burn the Blasphemer" is a pummeling and furious message TO THA HATERS with deep growls backing up NB's chants and probably should have ended the album...but it does not! "Last Call for Heaven's Gate" does which is weird because Heaven's Gate wore Nike and Blood Command STAYS fresh in Adidas at all times!

The songs were written before Nikki came into the fold so I'm even MORE excited to hear a full blown assimilation between Andersen and Brumen.

All in all, this album is fantastic, unique, far from a letdown, and an AOTY contender for anyone who appreciates how effortlessly BC does anything they want. 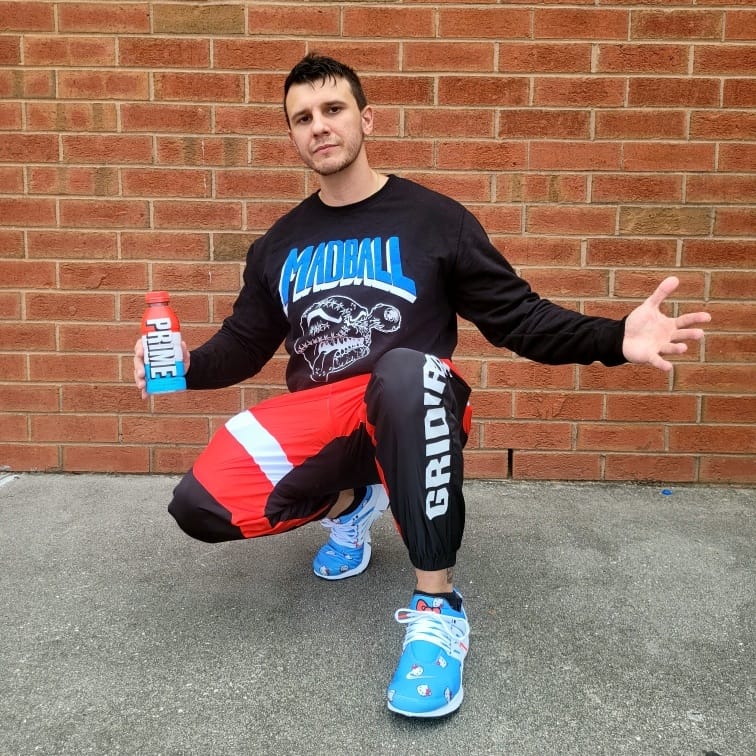 Gotten Out By
Ryan Rainbro

Ryan has starred in and written for all your favorite TV shows and one you didn't care for as well as touring the world in bands you never heard of and working for various wrestling promotions. You can currently hear and see him on his music podcast Meep Meep and on HBO's Righteous Gemstones.