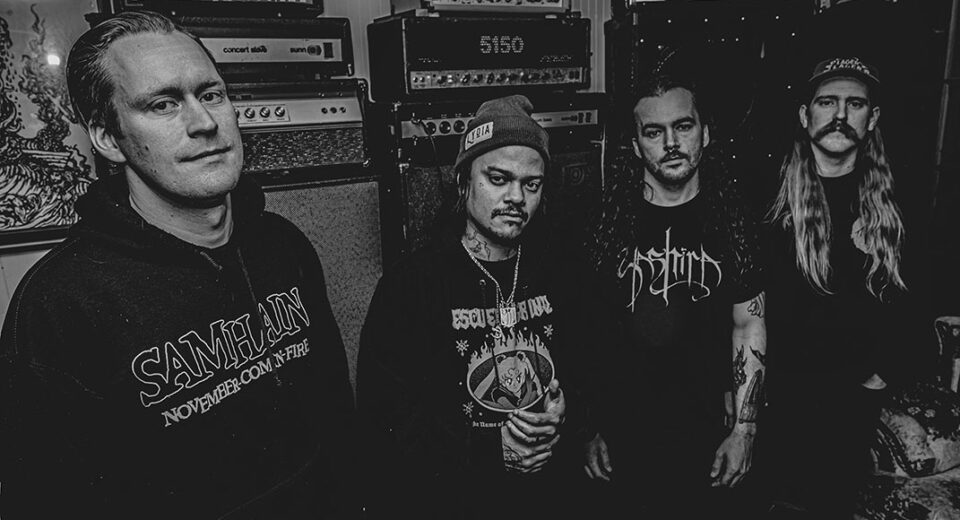 SLUGCRUST comments on the video: "Our good friend Taylor Hickman directed the music videos for both "Echoless" and "Ecocide." We first approached Taylor with a lot of complex themes to digest from the song and project into film, accented with intense captures of our performance. But eventually we said “fuck it we’re gonna do this shit DIY and raw” because that’s just who we are as sentient dirt-people.

"So! We filmed "Echoless" in a garage lined with $200 worth of black fabric and then reused the same black fabric as a prop to help tell the story behind "Ecocide", which we filmed in the woods for reasons apparent.

"How well the Ecocide video thrives in simplicity speaks volume to Taylor’s vision as a cameraman. Nevertheless, the aforementioned black fabric can now be found under our vocalist’s ass, lining the cushions of his sofa as a couch-cover because $200 is $200 and who keeps a fucking receipt? We hope everyone likes the music video! We can’t wait to play Ecocide for y’all real soon!"