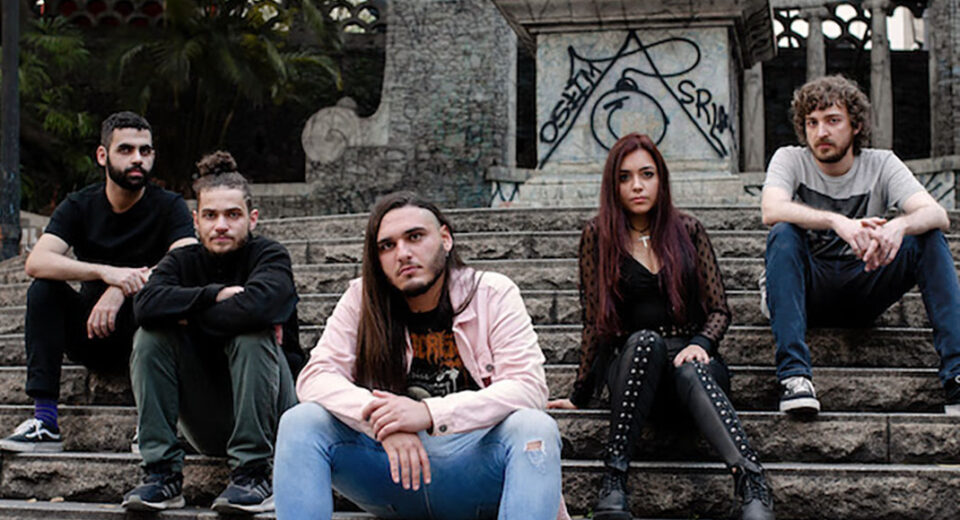 “The ‘Wither to Dust’ video shows a little about Atma Conflux's lore,” explains singer Rosano Matiussi. “We have this story about a man, who is the main character of our album, who after murdering his wife in a fire that he caused (unintentionally) gets into a battle between good and evil. He has the visualization of two tulpas (a being that is created in imagination through spiritual or mental power in Tibetan Buddhism). The tulpas represent good and evil, good being the solar tulpa while bad is represented as the lunar tulpa. They follow him through his mental suffering and guide him through his redemption, where he's comforted by the solar tulpa and gets his retrieval.

We shot the story part at our drummer's house, and the band part at a hall in Cotia, a small city near São Paulo, Brazil. Movilabe was the team that recorded all the scenes, and they put special attention on choosing the correct camera and gear to get the best result for our idea. We hope everyone to enjoys the video and gets more into the Atma Conflux's storyline.”

Atma Conflux is available in stores, online or order direct all at www.smarturl.com/abstracted