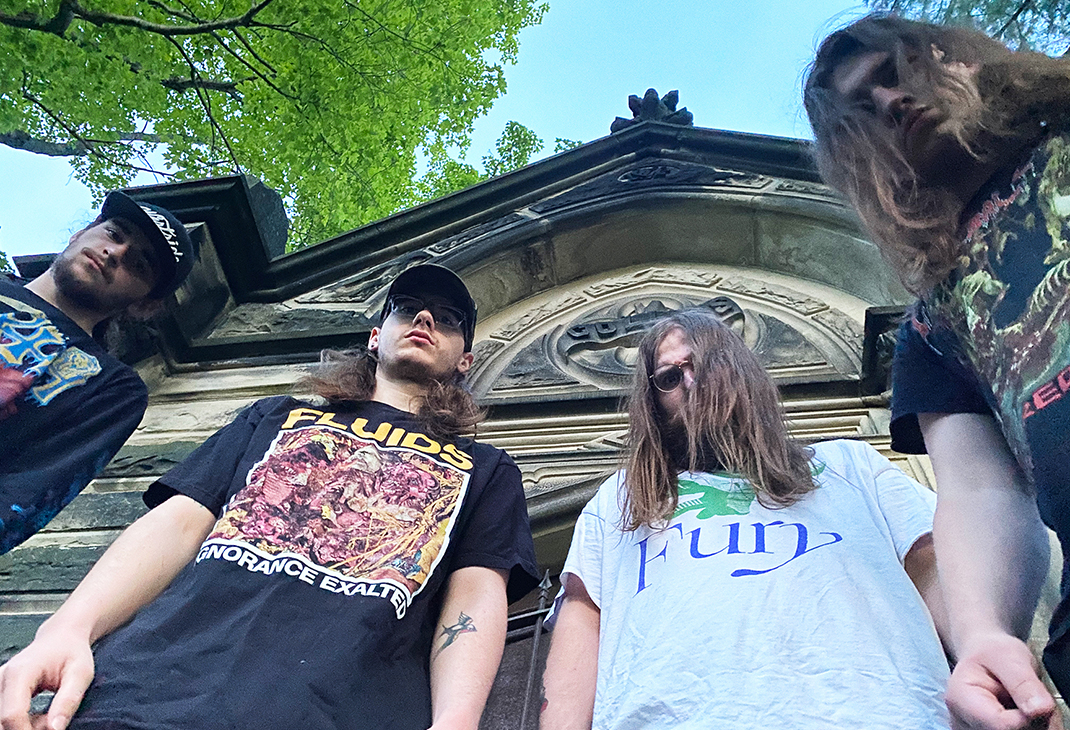 The number may seem a tad excessive, but even at the most surface-level, 200 STAB WOUNDS would look gnarly as hell. There’s a case of diminishing returns with each puncture, with the likelihood you just struck the fatal blow decreasing with each incision. This is the complete opposite of 200 STAB WOUNDS, whose fatality rate skyrockets with each guttural, groovy riff and double-bass laden blastbeat. The band’s debut LP Slave To The Scalpel adds nine new corpses to the band’s morgue of tracks, bringing the total to a mere fourteen.

The speed with which the bodies built up is the impressive part; even the most prolific serial killers don’t stack them this high, this fast. It will be just twenty-one months since they formed in January 2020, when a previous project simply couldn’t bear the weight of the songs they were writing. The resulting EP Piles Of Festering Decomposition shot the quartet to the forefront of the new breed of death metal bands. Though many acts will rot away when extreme metal shifts their sights to another sound, 200 STAB WOUNDS cemented their status by sharing the stage and road with bands like Gatecreeper, Sanguisugabogg, Devourment, Internal Bleeding, Creeping Death, Knocked Loose, Year Of The Knife, and God’s Hate.

It’s not just the quality of those peers that makes them stand out but the diversity. The fact they can fit with knuckle-dragging hardcore is indicative of a simplistic, rhythmic bounce. Somewhere between Gatecreeper’s “stadium death metal” and Devourment’s outward slamming take on the genre, 200 STAB WOUNDS makes brutality catchy. In doing so, they occupy a space often reserved for legends like Dying Fetus and Cannibal Corpse.

In fact, Slave To The Scalpel is full of bile-laden references to cannibalism, including flesh in tiny snack form, a delicious stew, milk made of skin and even a raw penis filled with curdled semen. If it makes you squeam, don’t let on; simply devour more 200 STAB WOUNDS or you could be at the receiving end of their scalpel next. - Earsplit PR