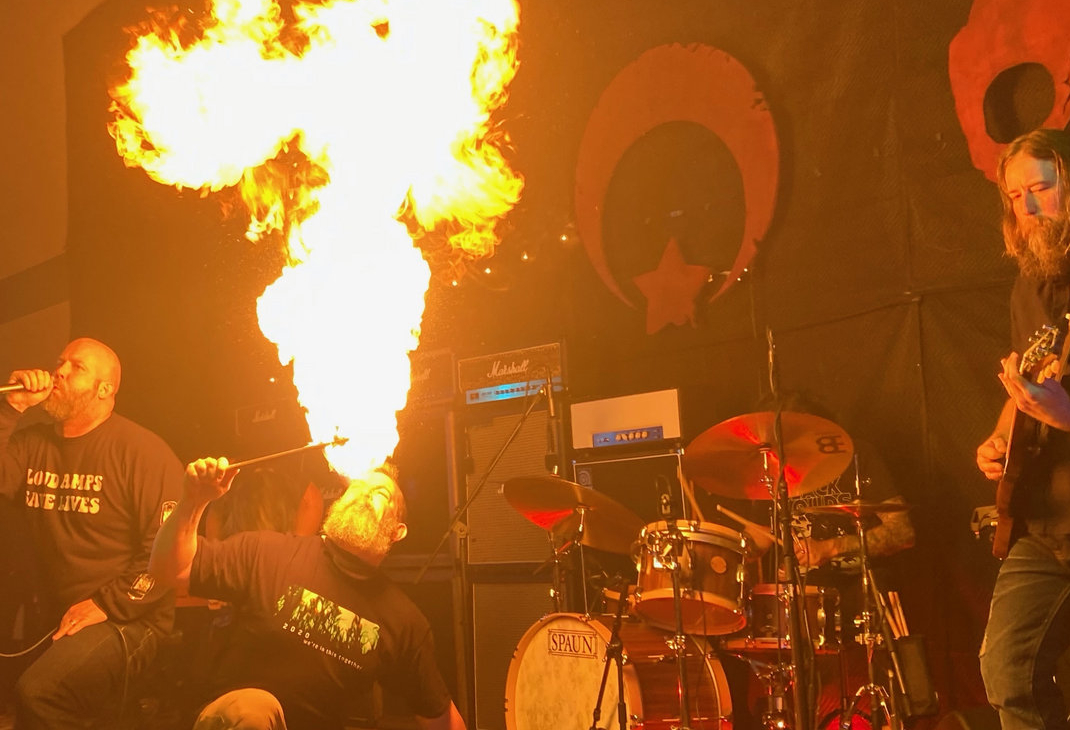 Age Of Ruin from Fairfax, VA

The exact location of the dawn of man has been a constant subject of debate. Some say it was Prometheus delivering fire, some say it was Franklin discovering electricity, most people say it’s when Lars met James…but everyone agrees: those were simply precursors. Throughout the age of enlightenment, the renaissance, the reformation era and beyond, mortals have tried to make sense of mankind's meaning on earth.

Most archaeologists believe that in the late 90's, a surge of lightning fast riffs, guttural screams, devastatingly bass tones, and the relentless pulverizing rhythm of drums unearthed a crucial piece of this puzzle...this ushered in what would be known as The Age of Ruin. Those who heard it, really dug it. But those who dug it found there is much more than the surface layers. Music filled with textures, themes, and tunings that go deeper than a James Cameron film unbound by budgets.

For over twenty years, the Age of Ruin has been firing off a relentless string of releases. Even the busiest trash compactors could not keep up with the amount of crushing that Age of Ruin crams into a single album. They have consistently delivered a brutal barrage of the heaviest hits metal has heard. Why stop At the Gates, when you can breakdown the whole house with your music? Why get Entombed when you can breathe new life into the scene? Why let the years waste away when the Age of Ruin can answer all of these questions?

Age of Ruin has definitely paid their dues, earning every ounce of the heaviest crown one band could carry. Naturally, the tonal tenure of the AoRmy servicemen is not something that can be held onto forever...the constant axe-wielding and riff hurling has required numerous changing of the guard over the years; however, in 2019, the core horsemen of the Age of Ruin (Daniel and Christopher Fleming) added Brian Gant, Jonathan Clay, and Hendrik Osinga to ranks, forging an amalgamation of devastation which would conjure a collection of songs that few, if any, houses could harness. Fortunately, under the tutelage and production of Sound-Sensai Mike Schliebaum (Darkest Hour), Age of Ruin would hone their tone in Mike's Riff Dojo, creating an undeniable masterpiece of metal.

Ripping guitars, unforgivably brutal drums, bass sounds that have shaken the underworld, and screeching vocals are just the beginning of this incarnation of a true headbanger's incantation. What we saw unearthed back in 1998 has now grown.  The road worn warriors of the AoRmy have shared enough breakdowns to overwhelm any mechanic, but they keep rolling.

Their punk and metal roots hold firm, and their thrash tendencies are on full display as this towering presence of a band branches out over new tonal terrain and soundscape; reminding all who fall under its shadow, that the light shining through is a new dawn in the Age of Ruin. Thieves will be celebrated in all formats and on all streaming platforms in 2022. - Age Of Ruin Official Website

Check Out Videos from Age Of Ruin
Member(s):
Holy Sh*T, Did You See This?
View All
Recent Featured
View All