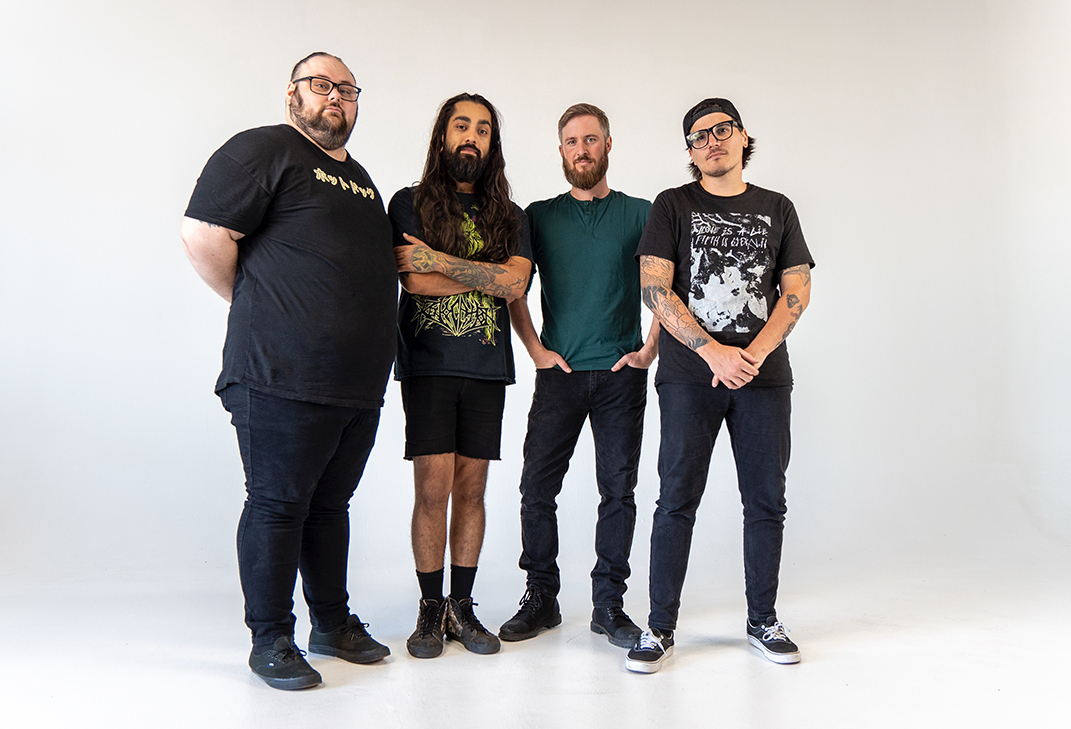 Sometimes strong emotions can make you lose focus. That’s not the case for Phoenix, AZ based chaotic hardcore band American Standards. After losing their founding guitarist to suicide, then shortly after the vocalist Brandon Kellum’s father to cancer, the four-piece founded in 2011 released their most emotional and socially poignant album to date.

“ANTI-MELODY", which is the bands 4th release, displays the noise-punk outfits ability to navigate the troubled waters of depression and loss while still incorporating the social commentary and sharp wit that the band has become known for. More so, once distributed by Victory Records, the band took a new approach of self mixing, producing and independently releasing the album after recording at Kingsize Soundlabs (Mars Volta, Letlive, Bad Religion). The result is a raw and powerfully resonate glimpse into the group’s minds during the troubled times.

Now more focused then ever, American Standards has hit the road with their reckless live show playing over 300 DIY booked gigs to date. Their mantra, "Don't wait for things to happen, make them happen." The band has been seen sharing the stage with acts such as; Every Time I Die, Norma Jean, Zao, Comeback Kid, Stick To Your Guns, Stray From The Path, Knocked Loose, He Is Legend, Emery, Atreyu and more.

‘ANTI-MELODY’ which was featured on Alternative Press Magazine, Revolver Magazine, Decibel Magazine and Lambgoat; is available now along with all past releases on iTunes, Google Music, Amazon and Spotify or you can pick it up along with exclusive merchandise through the American Standards Bandcamp page. - Facebook

Check Out Videos from American Standards
Member(s):
Holy Sh*T, Did You See This?
View All
Recent Featured
View All