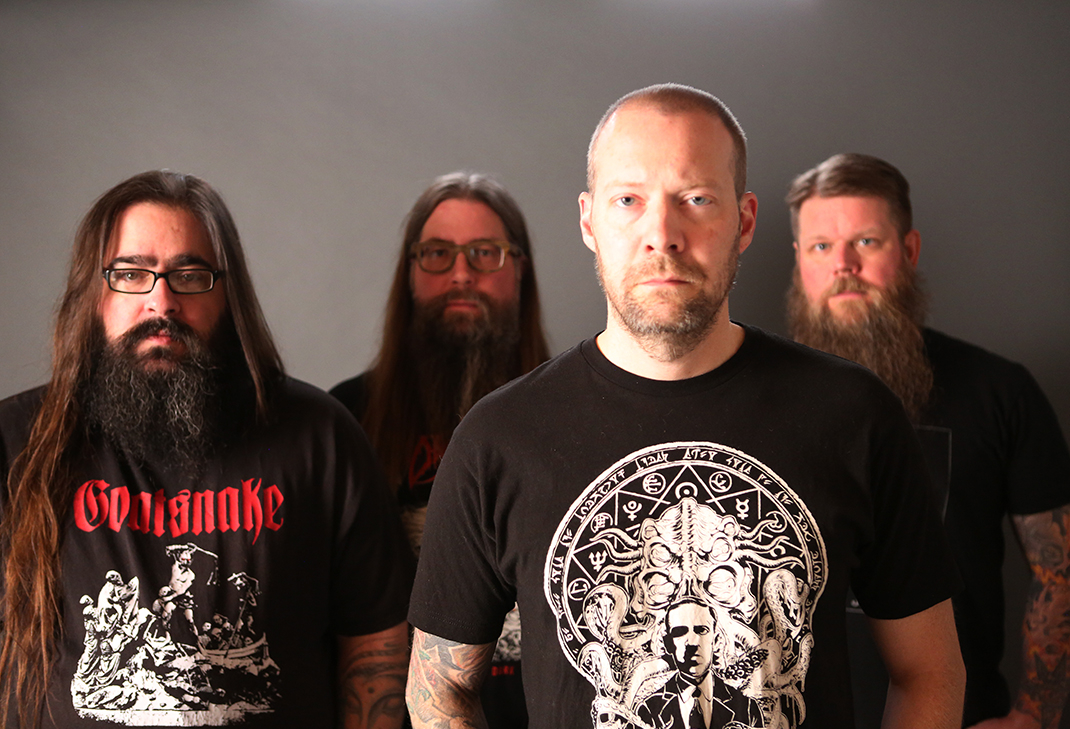 Apostle Of Solitude from

For 17 years, Indianapolis, Indiana’s Apostle of Solitude has been exploring the darkest caverns of the fallible species known as humankind. Their brand of doom — slow, lurching, churning and bruising — has provided the soundtrack to their relatable and heartfelt lyrics that have always struck the right emotional chord. But in 2020, the members of Apostle of Solitude and the rest of the world were faced with the new, harrowing reality of the global pandemic. The situation hit close to home for the band: One of its members lost both parents, giving way to some of the darkest times in recent memory. The pandemic also forced Apostle of Solitude to delay recording their sixth studio album until May 2021. Yet through incalculable loss and disruption, Apostle of Solitude emerged with arguably their strongest batch of songs to date in the form of Until the Darkness Goes.

Until the Darkness Goes marks a slight change in direction for Apostle of Solitude. The songs are more compact and direct, the product of the band’s evolution where all members are encouraged to bring their ideas to the table. The attention to detail and balance is reflected in the album’s unflinching heaviness (“When the Darkness Comes”), spiraling, weaving guitar melodies (“The Union” and “Apathy in Isolation”) and Brown’s weary, soulful delivery that carries all of these songs to the finish line.

The Until the Darkness Goes album title was inspired by the classic The Rolling Stones song, “Paint it Black” with the line “I have to turn my head until my darkness goes.” The title also applies to the last year and the band’s feeling of frustration and hopelessness during their wait for the pandemic to pass and “normal” life to return. But, Apostle of Solitude also found joy and catharsis in the simple acts of practicing and recording together. And, in 2021, they returned to the stage with fellow doom stalwarts The Obsessed and The Skull.

The album’s cover is a fitting accompaniment that was created by visual artist WÆIK, who also handled the artwork for the band’s 2018 From Gold to Ash studio album. It displays an oncoming storm cresting a mountain ridge and nearly consuming the peacefulness of a blue summer sky beneath its torrent; it visualizes the unknown permanence of the tempest and the rapid ascendance toward vulnerability and loss of control. It’s not the feeling of hopelessness that it conveys — it’s a realization that hopelessness is present. - Clawhammer PR

Check Out Videos from Apostle Of Solitude
Holy Sh*T, Did You See This?
View All
Recent Featured
View All