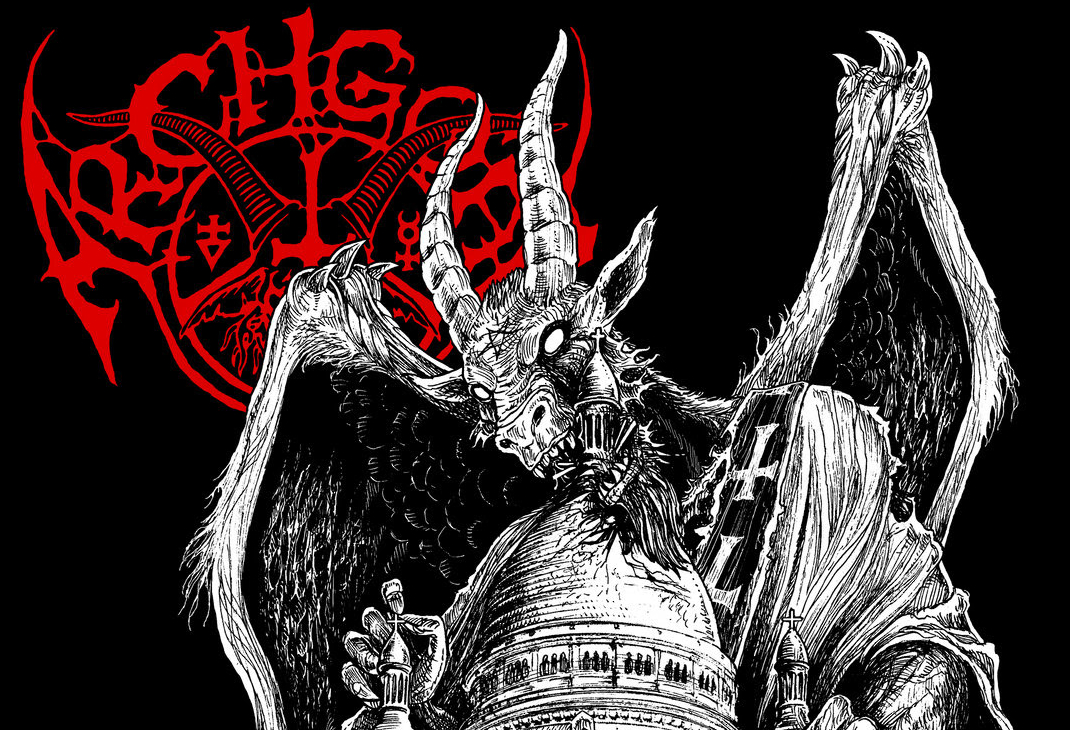 Archgoat was formed under the wings of Hell in 1989 to spread the word of the Rebel Angel. The line up consisted of Angelslayer (Growls of the Fullmoon), Ritual Butcherer (Axe of Black Mass) and Blood Desecrator (Bombardment).

First demo was unleashed in 1991 being called "Jesus Spawn". In 1992 an unholy alliance was forged between Archgoat and Necropolis Records and in 1993 MLP "Angelcunt (Tales of Desecration)" was released. Archgoat entered studio to record a full lenght release in 1993 for Necropolis Rec. After disagreement with the terms of Necropolis Rec. the material was kept from the masses and in late 1993 Archgoat decided to vanish from now so commercial Black metal scene.

The once so bright black flame was buried till 2004, when the horns raised again to continue the black crusade. Year 2004 saw the release of 1993 recorded material in form of "Angelslaying Black Fucking Metal" 7"EP through Hammer of Hate Rec. The line up was original with the exception of Blood Desecator was replaced with Leneth the Unholy Carnager as a session drummer. First live Black Mass in over a decade was performed in Kouvola, Finland 1.7.2005. Having done his services in the ranks Leneth was replaced with a permanent drummer Sinister K.

The Black Crusade Shall Continue Against the Religion of the Weak.... - Facebook

Check Out Videos from Archgoat
Member(s):
Holy Sh*T, Did You See This?
View All
Recent Featured
View All