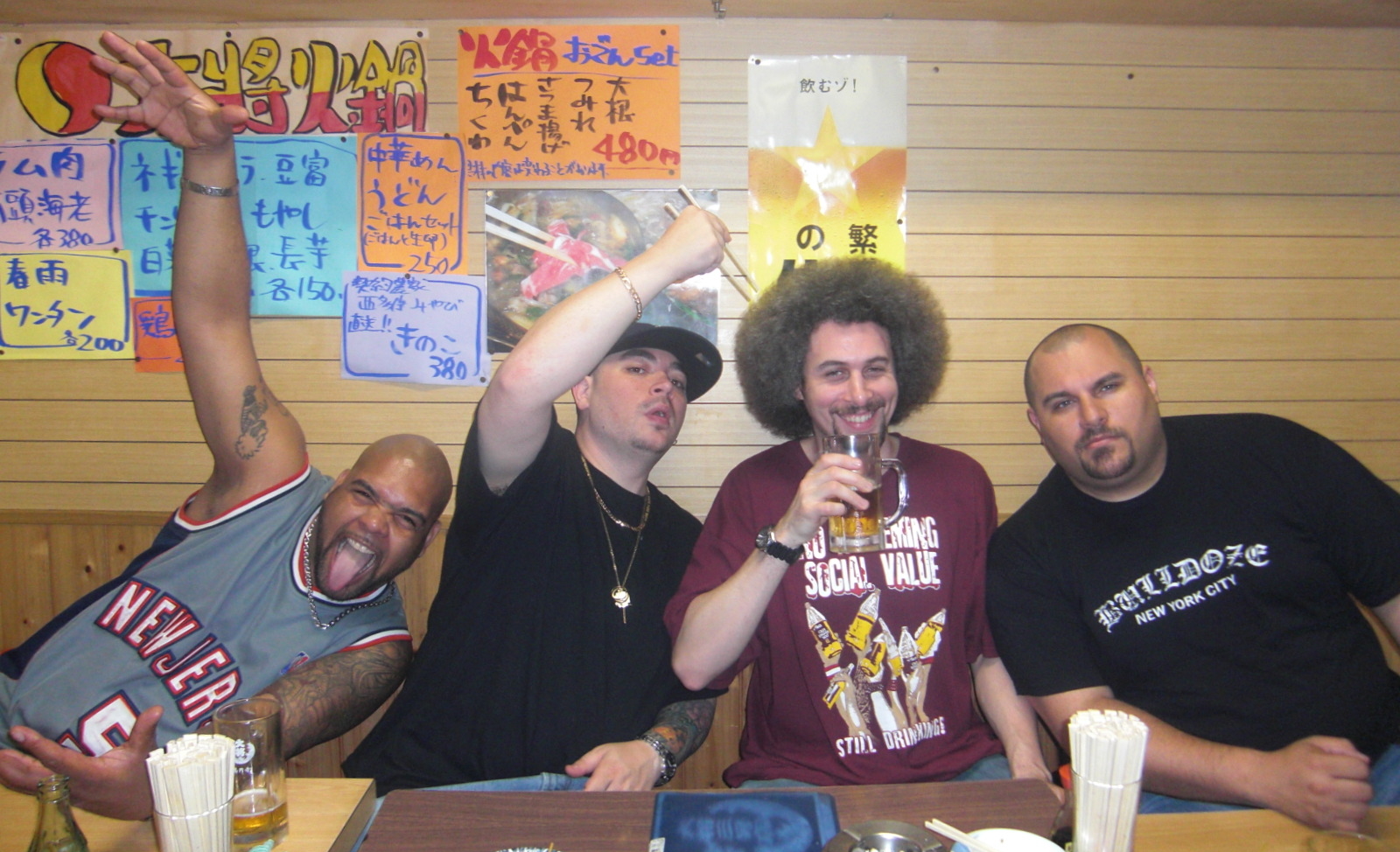 The story of Billy Club Sandwich begins with Glen Lorieo and Malone Ranalli who were friends in high school and into hardcore/punk music. It was 1991 when Malone and Glen started jamming with various people in Glen's basement to try to find the right members to start a new band. The two of them formed the core of what would eventually become Billy Club Sandwich. Rod Monteagudo, another high school friend, had jammed with the duo and then moved away, and with his return back to NY he became a permanent member and the band became a serious project. After a chance meeting between Malone and longtime friend and Goatamentise singer Martin Gonzalez at Orchard Beach in the Bronx, the band had found a singer. Glen, Tony & Rod wanted someone who could sing in English and Spanish, and Martin wanted to do something different from his death metal band Goatamentise. Billy Club Sandwich was born.

In the spring of 1996 Billy Club Sandwich recorded and released their first demo which contained four songs in the classic heavy Billy Club Sandwich style. The release of this demo coincided with their first show at The Wetlands on May 19, 1996 with Madball, 25 Ta Life, Indecision, Powerhouse, and the first Agnostic Front reunion. It didn't take long before Billy Club Sandwich was known for their live shows and stage antics, gaining a solid reputation for delivering powerful New York style hardcore that tackled strong subjects yet maintained a fun live atmosphere.

The year 1997 saw the band appear on two different 7" records. Glen was actively working/learning the art of music engineering and had a hand at recording the band at the time. Their hard working attitude and intense style soon gained the interest of Nawpost records who released their 4 song debut 7" record titled "...Hold The Bologna". The band also released 2 songs on a split 7-inch with Everybody Gets Hurt on Back Ta Basics Records. Both of these records became hot sellers, with first pressings disappearing quickly. Songs like "Slow With Your Hands" and "Narco Cabron" turned into crowd favorites.

Things were picking up when Rod parted ways with the band for personal reasons. Malone switched over to guitar and Matt Stevens, another high school friend of Glen & Malone, stepped in on bass. Once again, things picked up. 1999 brought shows, more shows, and a new self released cassette copy of the band live on WNYU's legendary "Crucial Chaos" radio show. Over 1000 of those tapes disappeared in all directions all across the globe. A year later, the Crucial Chaos live performance became a limited edition CD, once again making its rounds across the globe.

In 1999 the band entered the studio with producers Noah Evans (of Frontline and The Icemen) and AJ Novello (of Leeway) and recorded tracks for a new EP. The recording sessions for the "Superheroes At Leisure" EP found Matt Stevens and the rest of the band struggling with differences, both musical and personal. Shortly before the release of the EP in the spring of 2001, Matt and BCS amicably parted ways. The band recruited longtime friend Gary Muttley to take over bass duties. An old friend of the band who knew Martin from the Bronx scene, Gary had played with other bands including Distance, District 9 and Five Minute Major, often on the same bills as Billy Club Sandwich. In addition he was already familiar with the band's material as he had filled in for Matt at an October 2000 show at Castle Heights in Queens. Inner Strength Records released the "Superheroes At Leisure" EP in June of 2001 to rave reviews, and the new lineup gained momentum as they played more regularly around the Northeast US.

The band was now a staple of the New York Hardcore scene and was building a strong worldwide following. With the lineup now solid, the band prepared to record a new full length release. The result titled "Chin Music" was a slight departure from the previous efforts. While still hard-hitting and raw, the new songs were slightly more technical and experimental. The hip-hop style interludes, the blast beats of "Bronx Zoo", and the cover of Billy Joel's "Pressure" helped the album stand out from the typical hardcore fare. Upon its release in 2004, "Chin Music" was an immediate success, with a record release show at the legendary CBGBs.

The band expanded their fan base worldwide in 2004 with the "New York Invasion" tour of Puerto Rico with Sworn Enemy, Everybody Gets Hurt and Irate. In November 2004, Billy Club Sandwich went on a headlining tour of Europe hitting The Netherlands, Belgium, France, England, Wales and a performance at the first Filled With Hate festival in Germany. The band kept busy into 2005 covering more mileage, pounding the east coast from Maine to Florida, playing with bands like Killing Time, Underdog, Breakdown, Murphy's Law, E-Town Concrete and Fahrenheit 451. The band also participated in the resurrected Super Bowl of Hardcore in Brooklyn NY in March of 2005, and is featured on the DVD of the event.

With new songs written, the band hit the studio again in early 2008 to record again. The album titled "The Usual Suspects" was released in October 2008 on Dead City Records. With the support of Rucktion Records in London and Jukeboxxx Records in Japan, this album was one of the best-selling Dead City releases to date. The band kept getting better with every release. In mid October 2008, Billy Club Sandwich headed back overseas for another European Tour with shows in Germany, Netherlands, Belgium, France, and ending the tour with a headlining gig at the Running Riot festival in London.

With the popularity of the band expanding on the strength of "The Usual Suspects", Billy Club Sandwich was flown to Japan in 2009 for their first Japanese tour. With shows in Tokyo, Osaka, and Nagoya, BCS took the land of the rising sun by storm. The band now had a worldwide following which continued to grow with each new release. Unfortunately, 2010 saw BCS take an extended break due to various personal issues amongst multiple band members. The rare Japanese tour footage finally made the light of day when Dead City Records released the "Japan Suspects Tour" DVD in 2015. Besides featuring the band playing live in Japan, the DVD also features bonus historical footage throughout the history of the band.

With powerful music, and an intense live show, Billy Club Sandwich have cemented themselves a place in the worldwide hardcore scene. The bilingual lyrics, catchy riffs, extreme beats and heavy music, along with their sense of humor, make Billy Club Sandwich truly an original. - BillyClubSandwich.com

Check Out Videos from Billy Club Sandwich
Member(s):
Holy Sh*T, Did You See This?
View All
Recent Featured
View All