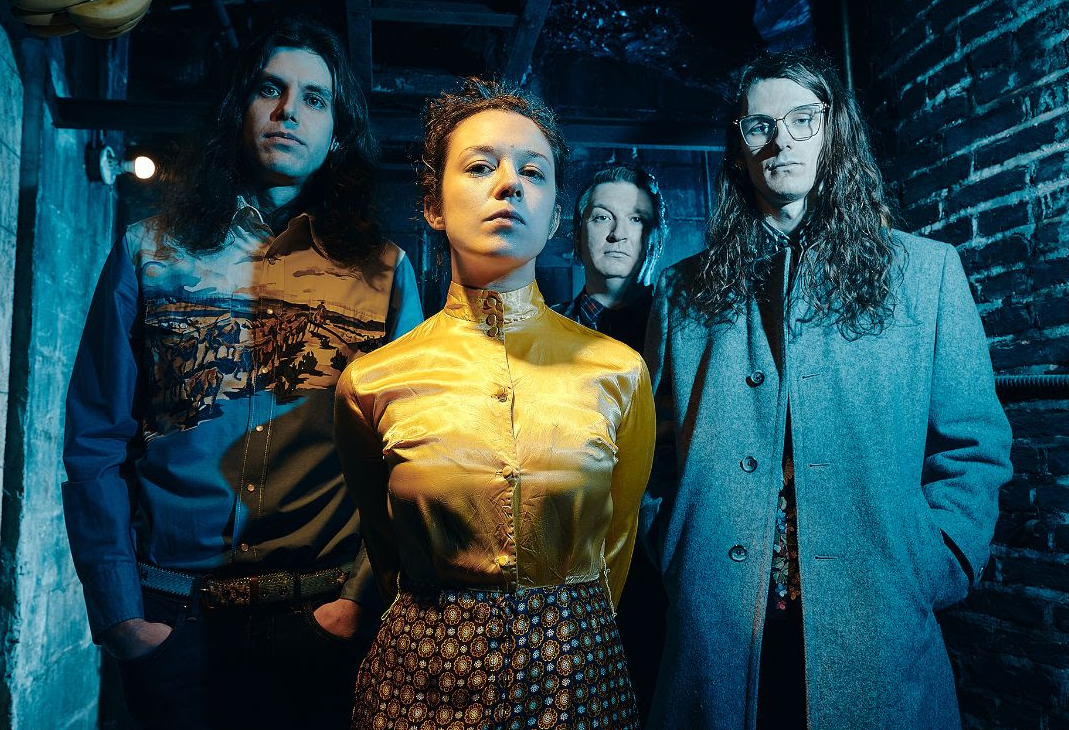 Since forming as teenagers at the College of William & Mary in 2005, heavy rockers Caustic Casanova have experienced their fair share of ups and downs. Having weathered lineup changes, life threatening injuries and relentless DIY touring, the group’s highly eclectic sound has made them favorites in a crowded scene. Stereo Embers wrote of the Washington, DC based upstarts: “Caustic Casanova is one of the most excitingly innovative bands on the planet…the band’s at home in psych, prog, metal, punk, and seemingly every other genre in the galaxy.”

2013 saw the band almost fall apart when drummer/vocalist Stefanie Zaenker endured serious injuries to her wrists that put her ability to drum in jeopardy. However, Caustic Casanova persevered, and by 2014, Zaenker, alongside bassist/vocalist Francis Beringer and guitarist Andrew Yonki had opened for sludge titans Kylesa and were signed to their label, Retro Futurist Records, allowing them to take things to the next level. The band toured heavily in support of their critically acclaimed 2015 LP Breaks, slugging it out both with Kylesa and on their own. Between 2013 and 2018 they also released a trio of EPs for their Pantheon series, where they paired original material with classics by Pentagram, the Melvins and Weedeater. This hard work led to a deal with Magnetic Eye Records, who in October 2019 released CC’s latest record God How I Envy The Deaf, which won two Washington Area Music Awards in 2020, for best hard rock album and best hard rock song (“Filth Castle”).

As CC looks to the future, they’ve already recorded the next album with their longtime producer J. Robbins (Jawbox) at Magpie Cage Recording Studio in Baltimore, and it will be released on Magnetic Eye Records in the summer of 2022. Newly a four piece with the addition of guitarist Jake Kimberley, this relentlessly loud band is excited to see what sonic alchemies their genre mashing and off the wall songwriting will conjure up next. Road hardened rock and roll warriors through and through, Caustic Casanova plan on showcasing their “muscular, riff-roaring, bass-fuzzed blend of metal and hard rock, flavored with doses of noise and stoned psychedelia” (Creative Loafing) all across the world. - Caustic Casanova Official Website

Check Out Videos from Caustic Casanova
Member(s):
Holy Sh*T, Did You See This?
View All
Recent Featured
View All