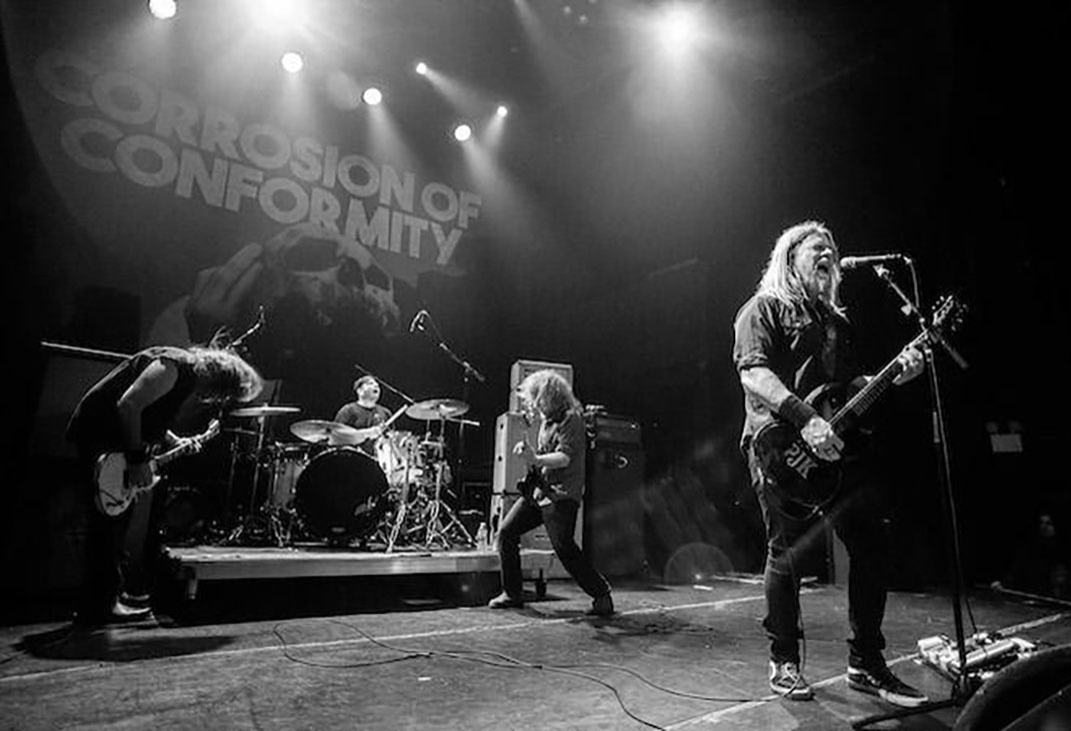 Corrosion Of Conformity from Raleigh, NC

Since forming in 1982, CORROSION OF CONFORMITY has woven their distinct riffs deep into the fabric of heavy metal for over four decades. Across ten landmark, critically acclaimed albums, the band has continued evolving. From the early days of thrash to their more recent, blues-infused metal, the band has managed to progress with each release keeping fans and critics alike guessing.

CORROSION OF CONFORMITY’s most recent full-length, No Cross No Crown, was released in 2018 via Nuclear Blast Entertainment. Recorded with longtime producer John Custer, the record marks the first studio recording with vocalist/guitarist Pepper Keenan in over a decade and, earning the #67 spot on the Billboard Top 200 Chart, #12 on the Billboard Top Current Albums Chart, and #3 on the Top Hard Music Albums Chart upon its first week of release, is the highest charting album of the band’s career.

Check Out Videos from Corrosion Of Conformity
Featured On
Member(s):
Holy Sh*T, Did You See This?
View All
Recent Featured
View All