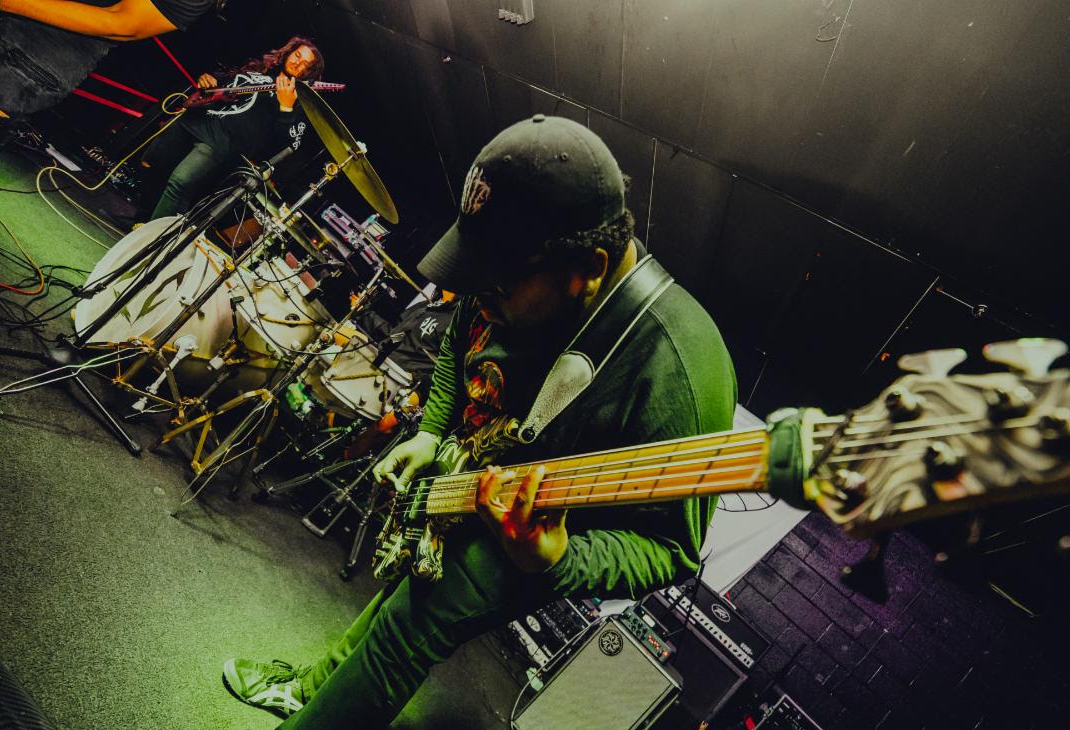 Crafting The Conspiracy from Odessa, TX

West Texas is known for its endless oilfields more than anything, but it is also home to an emerging heavy band that’s reaching for the stars. The melodic deathcore act CRAFTING THE CONSPIRACY’s seeds were planted at a King Conquer show in 2014 in Odessa. Guitarist Sebastian Bracamontes and former drummer Edwin Aguilar approached bassist Marcus Denzel Williams and singer Josh Miranda. They talked about music before Bracamontes and Aguilar asked the latter two musicians if they knew anyone interested in starting a project. They had obviously approached the right people. A year later, the band would release its first EP: “Human Error.” While some members have come and gone, Miranda, Bracamontes and Williams eventually rounded out their lineup with Gilbert Gonzales behind the drum kit. Since their inception, the heavy hitters have opened for the likes of Asking Alexandria, Thy Art Is Murder, Whitechapel, Aborted and Rings Of Saturn. The Texans will be releasing their debut full- length album “The Cosmic Key” in late 2018.

Interestingly enough, the Kermit and Odessa, Texas-based group had originally envisioned itself as being a Christian band. But the act ultimately decided that it didn’t want to focus upon an exclusive audience. CRAFTING THE CONSPIRACY is for anyone and everyone, and as such, they didn’t want to impose rigid boundaries around themselves. “We wanted to bring out peace, love, and positivity, but yet maintain a heavy and brutal sound,” Miranda says. “Also, we wanted to incorporate our nerdiness aspects to the band as well by drawing inspiration from anime and video games. We asked ourselves, ‘Who out there do you know would be an anime themed band?’”

The quartet’s adventurous spirit bleeds through musical style as much as it does thematic content. “So many bands speak or preach hate, which we have no problem with at all. In fact we listen to bands like that ourselves and that’s what influenced most of the band. We wanna tell stories that are fictional yet can be non fictional and relate to many people in many ways. We definitely don’t wanna be a band that sticks to just one main topic. We wanna be about it all and we also wanna incorporate many other genres as well. Yes, even the metalcore clean singing,” Miranda laughs. “We believe every genre is equal, even pop, jazz, punk, you name it! No genre of music should have to be judged or be looked down upon, because music gives a soul to the universe, wings to the mind, flight to the imagination, and life to everything!”

Check Out Videos from Crafting The Conspiracy
Member(s):
Holy Sh*T, Did You See This?
View All
Recent Featured
View All