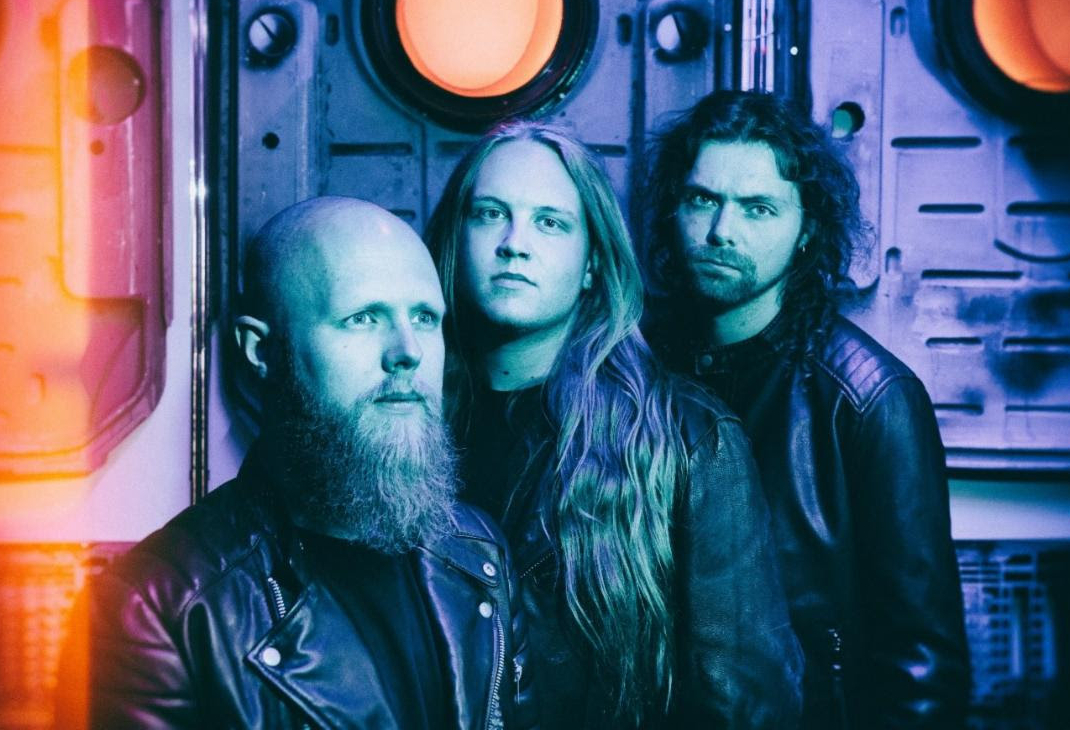 Evolution is essential to survival. In the ever-changing world of heavy music, that’s an undeniable reality. As the march of time gathers speed and threatens to crush us all under its heels, it’s time to make way for the futuristic multi-metal eruption of CRYPTOSIS. Formerly known throughout the European metal underground as old school thrash mob Distillator, Laurens Houvast [vocals/guitar], Frank te Riet [bass/mellotron/backing vocals] and Marco Prij [drums] have undergone a wholesale transformation and upgrade, resulting in a brand new band with a sound that is guaranteed to blow minds and wreck necks.

The magnificent result of this creative transformation is going to be unveiled in March 2021, when CRYPTOSIS will launch their extraordinary debut album, Bionic Swarm. As demonstrated with immaculate power on “Decypher”, the first track from the forthcoming record, the Dutch trio are now pursuing a natural and idiosyncratic course, dedicated to conjuring heavy music that dares to think differently.

A million miles from the old school fury of their previous incarnation, CRYPTOSIS have a sound that defies expectations and limitations with equal intensity. A dizzying blend of visceral extremity, symphonic pomp and wild, progressive invention, the songs on Bionic Swarm showcase a supremely passionate band with a unique and ingenious take on metal’s amorphous rudiments. Elements of blackened death, progressive thrash and grandiose symphonic metal are all present and correct, but Cryptosis have combined them in an exhilarating, unprecedented new form that promises to satisfy on both primal and cerebral levels.

Cryptosis begin their assault on the world’s senses with an album that eschews the usual modern production cliches in favour of a distinctive and texturally dense barrage of deftly woven ideas. Sonically rich and powerful but still exhibiting plenty of rawness and grit, Bionic Swarm is a self-evident labour of love from a supremely focused and united force.

A concept album that explores the potential horrors of a dystopian future where runaway technology controls humanity in a variety of sinister ways, Bionic Swarm provides instant proof that Cryptosis were right to forge a new path and to choose a name that reflects the warped sci-fi grimoire that informs their lyrics.

Reborn as forward-thinking explorers of the extreme metal cosmos, Cryptosis is what happens when metal is allowed to evolve, to expand and to breathe. An invigorating shot in the arm for the entire metal scene, Bionic Swarm is guaranteed to be one of 2021’s most talked-about debuts. Due to be released on Century Media Records, the first chapter in the Cryptosis story will have you gripped from the start. - Cryptosis Official Website

Check Out Videos from Cryptosis
Member(s):
Holy Sh*T, Did You See This?
View All
Recent Featured
View All