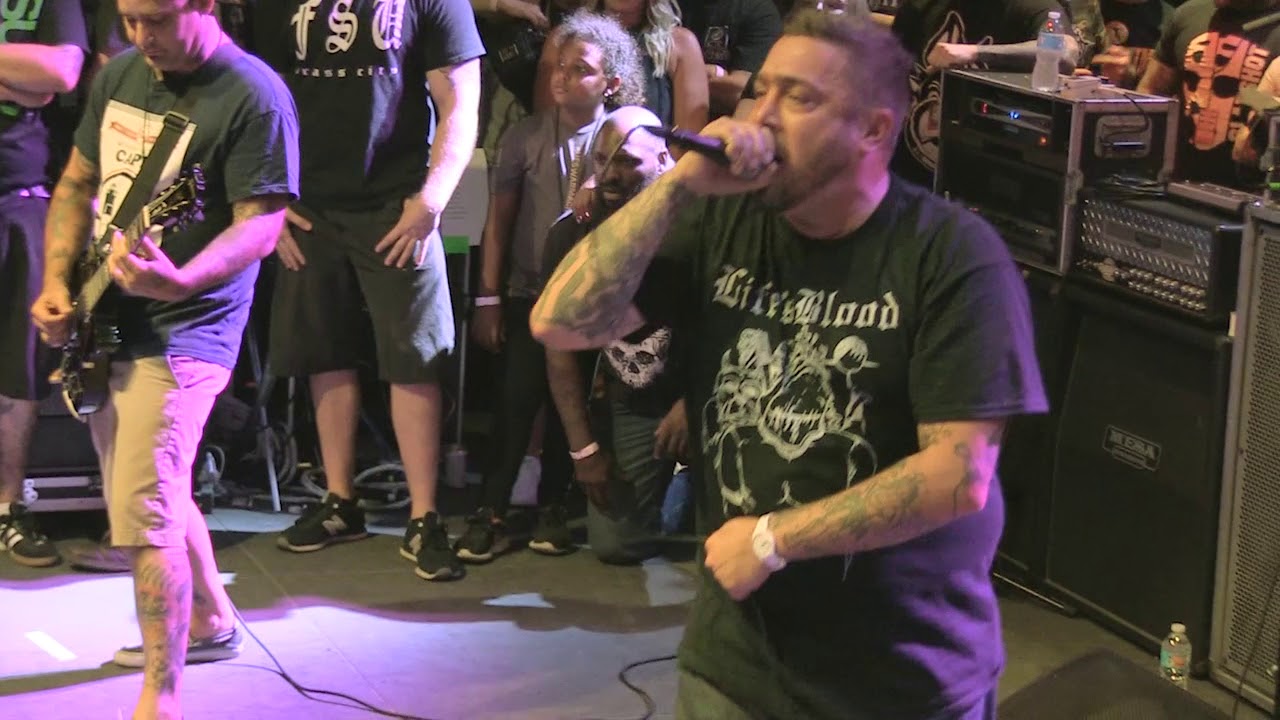 Formed in 1997 out of former Hatebreed members, Death Threat's hardcore metal sound lands somewhere between Sick of It All's aggressive approach and Napalm Death's thick sound. Quickly making a name for themselves with their popular live shows, the band traveled the East Coast until they had enough of a buzz going that they could score a record deal. Their first album, Peace & Security, came out in 2000 (on LP on Bridge Nine in '01) and was followed by more touring, including a memorable stint with Buried Alive. Before the dust could settle, they had already left for Europe to play with Agnostic Front and restart their grueling touring lifestyle. The next year, a split EP with Over My Dead Body led to a co-headlining tour between the two bands. - Bridge Nine