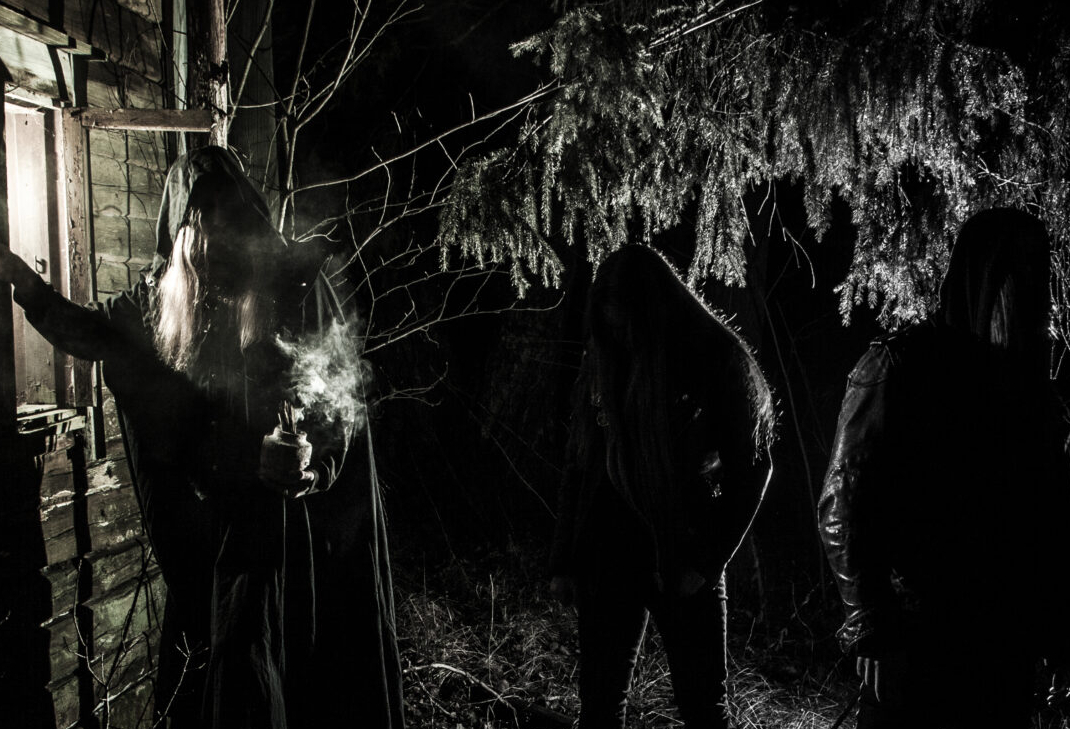 Desolate Shrine are a death metal band that formed in Helsinki, Finland in 2010.

The band are currently signed to Dark Descent Records and they have released three full-length albums: Tenebrous Towers in 2011, The Sanctum Of Human Darkness in 2012, and their most recent album The Heart Of The Netherworld was released on January 13, 2015. - MetalStorm.net