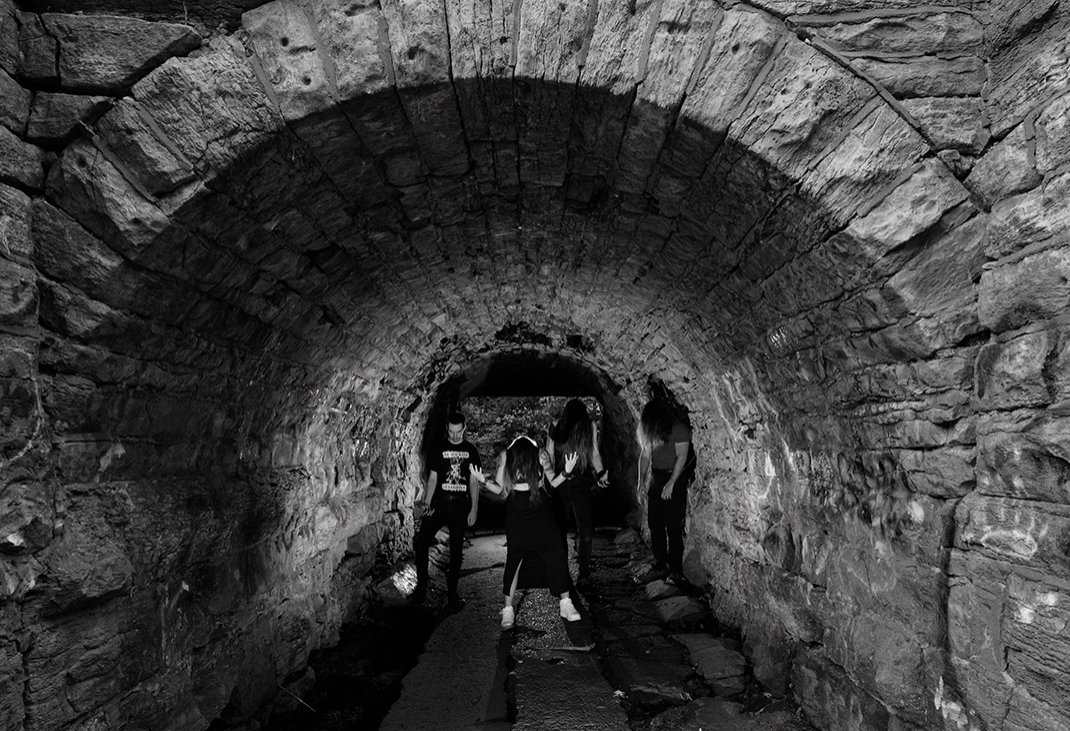 DRYAD are preparing to start 2023 with a bang: on 20 January they will release their debut full length, and their first new music since signing to Prosthetic Records. The 13 track album - titled The Abyssal Plain - takes listeners on a literal and metaphorical explorative trip to the darkest depths of the ocean.

Their take on black metal is as abrasive and primeval as you would hope from a band that draws their biggest lyrical influences from the furthest reaches of the ocean floor, far from even the weakest tendrils of sunlight. Their stygian take on the genre is chaotic and suitably lo-fi, but on The Abyssal Plain, the oppressive cacophony is punctuated with synth-heavy interludes heavily inspired by 80s horror movie soundtracks (think John Carpenter and Dario Argento).

The activity of the intricate ecosystems 10,000 feet below the surface of the ocean provides an abundance of material for lyrical horror stories of near-unbelievable monsters and mind-bending geological features, but DRYAD are keen to stress the environmental message woven throughout their music (the band itself is named after the mythological spirit and protector of the forests). Ocean environments are continuously being polluted and exploited for supposed human gain, and the despair and fury this elicits is palpable in the visceral sound of the band.

The real-life horrors that lurk on the deepest parts of the seafloor also serve as a metaphor for the tenebrose depths of depression and psychological struggle, reflecting a place where it is impossible for light to penetrate. And yet, even in those deepest, darkest depths, incredible creatures not only exist, but thrive - some even creating their own light - in seemingly the most inhospitable of environments. So, whilst this album is very much about the depths of the ocean and the alien creatures of the abyssal plains that lie at the bottom of our seemingly mundane Earth, it is also about feeling alone in the darkness and still creating your own light. Being able to manufacture hope in a seemingly hopeless place - both for oneself and for the future of the planet.

The Abyssal Plain was recorded in the band’s home state of Iowa by Luke Tweedy, mixed and produced by Jaxon Vesely, and co-produced by DRYAD’s Claire Nunez, before being mastered by Adam Tucker at Signaturetone. On their debut album, DRYAD have crafted an syntheses of sound - forged from foundations that are part horror story, part rallying cry. - Prosthetic Records

Check Out Videos from Dryad
Member(s):
Holy Sh*T, Did You See This?
View All
Recent Featured
View All