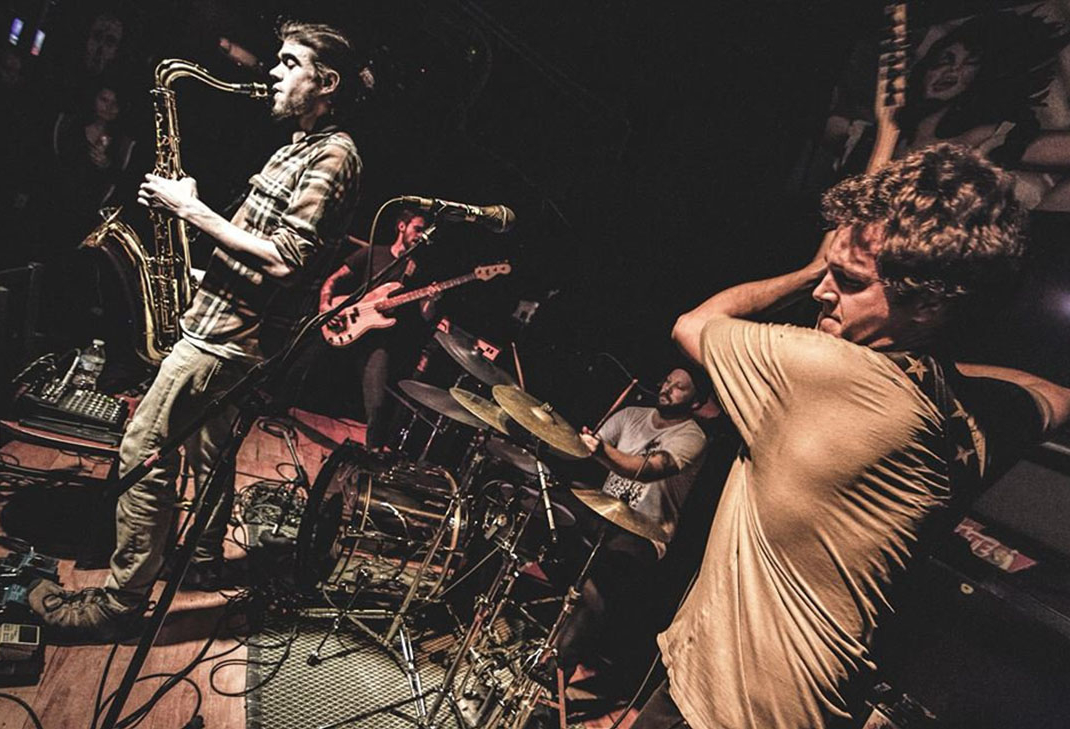 Formed in 2012 in Richmond, VA, Dumb Waiter was founded by Nick Crider and Nathaniel Roseberry. As Nick explains it, the band’s formation came out of humorous necessity: “Back then, I was the booking agent at non-profit venue space and I had booked Lightning Bolt and wanted to be a complete brat and play the show as well. So I asked Nathaniel to start a noise power violence band. After a few practices, Nath brought in more players (Tristan Brennis and Keith Paul) and Dumb Waiter was formed.” Since then, the band has mutated to what could be described as avant-garde jazz rock and have performed alongside Tera Melos, Ex-Eye, Behold The Arctopus, Dysrhythmia.

Check Out Videos from Dumb Waiter
Member(s):
Holy Sh*T, Did You See This?
View All
Recent Featured
View All